In the summer of 2018, 83 men’s collegiate rugby players were invited to a week-long selection camp as they aimed to secure a place on the Collegiate All-Americans side.

The camp, led by CAA head coach James Willocks, was designed to filter the group to just 37 players, who were to then play an exhibition against the 2018 MLR runner-up Glendale Raptors. The boys spent the first two days doing skills and testing exercises, before being divided into four teams which were to each play one scrimmage on the fourth day.

60 players were chosen from D1A, a whopping 24 of which came from the Mid-South, while eight came from D1AA, seven from D2, and six from NSCRO. 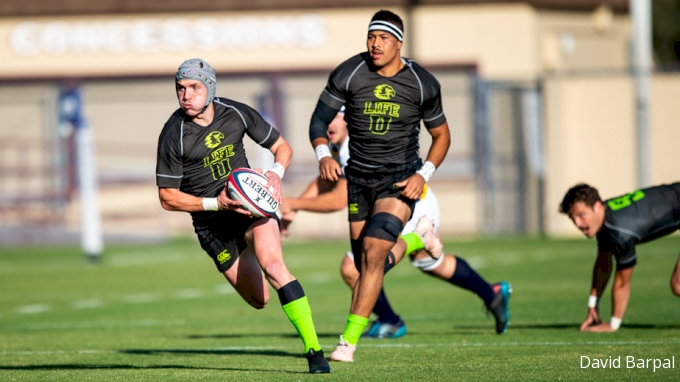 Here are the 37 players who suited up to clobber the Raptors 55-10 at the culmination of the week-long camp.

THE BREAKDOWN, STEVE SCOTT: Six Nations fans are bedrock of championship and were treated abysmally in Cardiff ahead of postponed Wales vs Scotland clash

DVIDS – News – Work and Play: Who Says You Can’t Have Both? 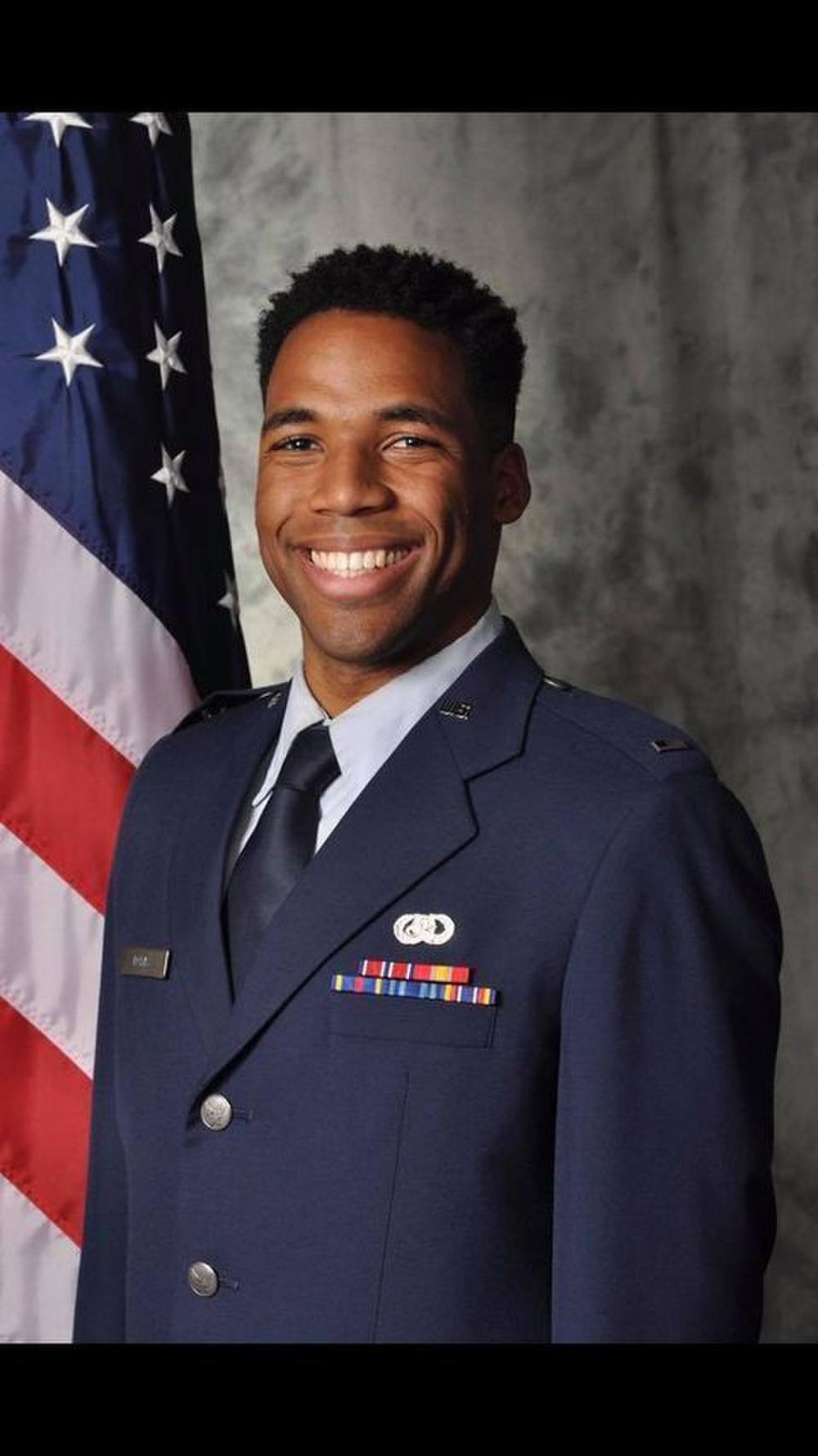 Finding love for a sport is one thing, but getting to tie that into your job is a dream come true.

“Right now I oversee officer promotions. We are in charge of every promotional board that comes up at the AFMC level,” Davis said.

When Davis is not is not in the office, you might find him honing his skills at a nearby field. He is a two-year, All-Air Force rugby team veteran and is in the process of trying out for his third year as a member of the team.

Davis started playing rugby his senior year of college after a football injury and hasn’t looked back since.

For Davis, the leadership skills he honed in on as a rugby player have helped him both on the field and as an Air Force officer.

“Honestly, the leadership perspective [helps] and the ability to see things two steps ahead, because rugby is definitely a game where you have to be aware of a lot. The Air Force is the same way,” Davis said. “You have to make sure you are conscious of what is going on around you in both.”

Davis discussed how a work/life/sports balance is very important to him, and the Air Force helps him with that.

“I was kind of introduced to the military through sports. That was really my first love, so being able to do both and also represent the occupation in this amazing force keeps me pushing every day,” Davis said.

As he prepares to join the team for his third year, Davis has only positivity to share. He is excited to be around his rugby family again and to be back on the field, following restrictions related to COVID-19.

“I saw my teammates continue working [throughout the pandemic]. They continue to motivate me,” said Davis. “We have been a very successful team, and I really attribute that to the brotherhood that we have not only with the players, but with the coaches too.”

Looking towards the future, Davis has large goals for himself and the Air Force rugby team.

“I’m hoping we get a gold medal,” Davis said. “The first two years when I played, we got silver. I am also trying to make it in the World Class Athlete Program, which is where you can actually go on to try and be on the USA Olympic team. My end goal is to not only get gold with my team now, but also try and pursue that for the 2024 Olympics.”

Davis strongly recommended anyone who may be interested in joining the rugby team to give it a go.

“I just started in 2017, and I am already even eligible to possibly make an Olympic trial run. So if you have an athletic bone in your body, if you love competition, if you love family– I say try out,” he said.

The All-Air Force rugby team is on all social media platforms and at www.myairforcelife.com under the ‘Sports’ section. Davis encourages anyone who is interested to reach out on any of those platforms or to send him a message.

This work, Work and Play: Who Says You Can’t Have Both?, by Marisa Alia-Novobilski, identified by DVIDS, must comply with the restrictions shown on https://www.dvidshub.net/about/copyright.

DUBLIN, 12 MAY 2021 (WORLD RUGBY) – A strong revised programme of men’s test matches is set to take place in July after all unions and World Rugby agreed a revised schedule within the existing window. The revisions have been made recognising an ongoing and complex global COVID-19 picture while aiming to limit further impact.

The British and Irish Lions tour to South Africa headlines a busy July programme that will see 25 of the top 30 ranked unions in action with several hosting or being hosted for the first time since the pandemic began, including world champions South Africa and Rugby World Cup 2019 hosts Japan.

With the COVID-19 pandemic continuing to cause disruption, the underpinning principle for the schedule was the fixtures agreed in San Francisco in 2017. Where it was not possible or practical to honour that schedule, the hosting rights were reversed with key arrangements met. Where this contingency has not been possible for COVID-19 reasons, World Rugby has facilitated discussions to confirm an alternative schedule for teams consisting of a minimum of two matches for unions who sought replacement fixtures.

This means that Argentina, Japan, USA and Canada will now travel to the UK and Ireland, New Zealand will host tests against Fiji, and Georgia travel to South Africa. The Samoa versus Tonga Rugby World Cup 2023 qualifier will also be hosted over two legs in New Zealand, creating a Pacific hub in the country across the July window. RWC 2023 qualifiers will also continue in Europe and get underway in Africa and South America.

World Rugby Chairman Sir Bill Beaumont said: “This has taken a monumental effort from all concerned. While there is light at the end of the tunnel in respect to COVID-19 in many nations, the challenges continue to be present, dynamic and impactful and therefore I would like to thank the unions, their respective governments, broadcast and commercial partners and players for their flexibility and full commitment to the process.

“Fans around the world can now look forward to an exciting bumper schedule of men’s test matches involving at least 25 teams, which will be a welcome sight for everyone. The road to Rugby World Cup 2023 also continues with key qualifiers for Samoa and Tonga and, of course, we are anticipating a fascinating British and Irish Lions series.”

World Rugby Vice-Chairman Bernard Laporte added: “Fans from all over the world will rejoice with this window of international rugby. I am delighted that match ups between northern and southern hemisphere teams can finally take place, this will act as a prelude to the exciting Rugby World Cup that we are all looking forward to in 2023.”

World Rugby and unions will continue to monitor the dynamic COVID-19 situation closely and respond if necessary, while any revisions to the November international programme will be confirmed in due course. World Rugby will also maintain its high performance support for emerging nations ahead of the July tests.”

World Rugby Chief Executive Alan Gilpin said: “Confirmation of the programme of July tests is the culmination of a considerable amount of detailed consultation and planning across the respective unions. It is also a reflection of the strong collaboration across the game that characterises our drive to strengthen engagement with all stakeholders to deliver a more aligned, meaningful and effective men’s international calendar beyond Rugby World Cup 2023.”

World Rugby and unions will continue to monitor the dynamic COVID-19 situation closely and respond if necessary, while any revisions to the November International programme will be confirmed in due course. World Rugby will also maintain its high performance support for emerging nations ahead of the July tests.

World Rugby continues to lead and facilitate focused and productive discussions with all stakeholders regarding the establishment of a globally integrated international calendar following Rugby World Cup 2023. International Rugby Players and the respective national leagues are central contributors within the dedicated working groups. Through these discussions, the sport is united in the mission to optimise the calendar for players, the international and club game.

Additionally, following the announcement of increased high performance support funding for RWC 2021 qualified and qualifier tests, World Rugby continues to be in discussion with unions regarding confirmation of a women’s test programme that will boost preparation for next year’s tournament. 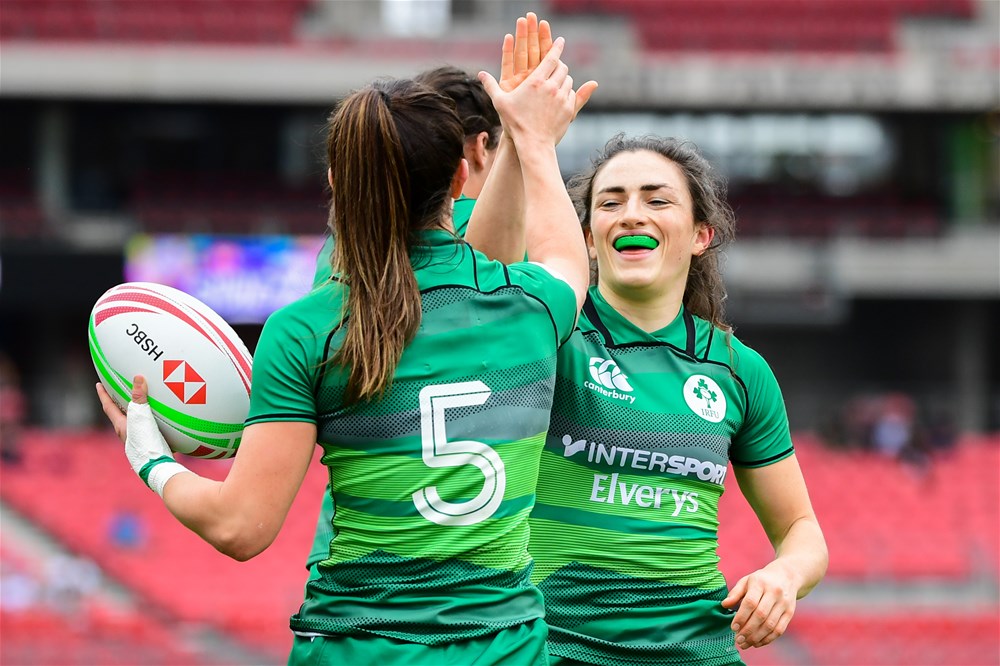 The three-day tournament is being hosted by GB Sevens and will take place between 15-17 May at the Football Association’s National Training Centre at St George’s Park.

A return to competition rugby is a welcome boost for the Ireland squads and an important building block as they gear up towards a busy summer schedule, with Ireland Men preparing for June’s World Rugby Sevens Repechage, the final qualification event for the Tokyo Olympic Games.

Billy Dardis will once again captain the Ireland Men, with Eddy selecting a 16-player squad for this weekend’s tournament.

Munster Academy Players Alex Kendellen, Conor Phillips and Jack Crowley, who starred for Ireland U20s last season and this year made his senior debut for the Province, are all included for the first time having trained with the squad at the IRFU High Performance Centre in recent months.

Ulster’s Aaron Sexton, Ben Moxham and Jude Postlethwaite, and former Leinster centre Gavin Mullin, are also named in the panel alongside the likes of Dardis, Jordan Conroy, Terry Kennedy, Aaron O’Sullivan and Hugo Lennox, who have all featured for Ireland on the HSBC World Rugby Sevens Series. 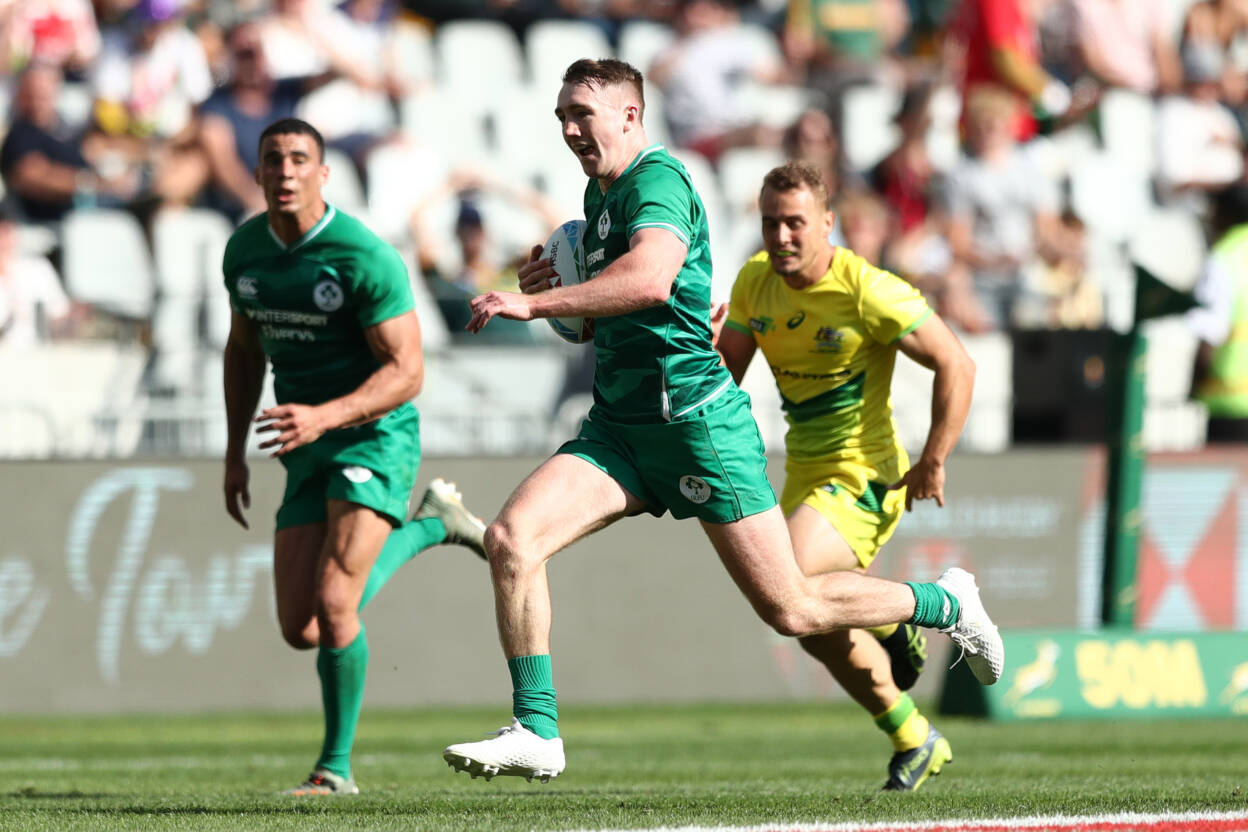 Ireland Men will face hosts Great Britain and USA, with each team playing two games per day and points to be gained towards the final standings throughout the three days.

Lucy Mulhall, meanwhile, will lead an exciting 16-player Ireland Women’s squad into their first competitive action of the season, as they go head-to-head with hosts Great Britain and France.

Having recently featured in the Women’s Six Nations for Adam Griggs’ Ireland, Stacey Flood, Amee-Leigh Murphy Crowe, Eve Higgins, Grace Moore, Brittany Hogan and Emily Lane are all included, while Méabh Deely, Aoibheann Reilly and Kate Farrell McCabe, who have all come through the IRFU Women’s Development Pathway, will hope to impress further on the international stage.

Commenting ahead of the tournament, Eddy said: “We are really looking forward to getting back to international competition and actually play some matches.

“This tournament provides a great opportunity to build towards the summer ahead and it is great preparation for the Men’s team leading into Monaco and the Olympic Repechage Tournament in June. Both our Men’s and Women’s teams will be exposed to some quality opposition throughout the tournament and the competition should be intense.

“We are very grateful for the opportunity and thankful for all the work that has taken place behind the scenes to allow us to participate in the tournament.”

The International Rugby 7s will be played behind-closed-doors and there will be a live stream on England Rugby channels, while there will be full coverage on IrishRugby.ie.

Women’s Rugby World Cup to kick off in October 2022

DVIDS – News – Work and Play: Who Says You Can’t Have Both?

Dan Babos getting a Rainbow Cup chance with the Dragons