Exclusive interview: Fly-half says he is looking forward to working with Simon Amor at Six Nations but does not want a revolution in style

Eddie Jones has yet to reveal his hand at fly-half for England’s Six Nations opener in France this Sunday but the coach’s cards are the same as the ones he dealt himself at the World Cup three months ago – a choice between George Ford and Owen Farrell to start at No 10, unless the Wasps youngster Jacob Umaga is about to receive a very unlikely promotion.

Where England are doing things differently to their rollercoaster run as runners-up to South Africa in Japan is in their line-up of coaches. Matt Proudfoot, previously with the Springboks, is now in charge of the England forwards, with Steve Borthwick redesignated as skills coach. And the biggest change is Simon Amor as attack coach in succession to Scott Wisemantel, who left for the same role with his native Australia.

As Amor’s coaching experience has been almost entirely in Sevens, it is a highly unusual appointment, leading some to identify a connection with the 40-year-old being on the books of the Rugby Football Union already, at a time when the Union is looking to control its costs.

Almost all the England back division including the scrum-halves Ben Youngs and Willi Heinz also carried over from the World Cup, adding to the sense of player continuity at the pre-Six Nations training camp currently in Portugal. Just before the England squad left for the Algarve, Ford told i what he was expecting from Amor, who worked with the team at a handful of pre-World Cup sessions when Wisemantel was indisposed.

“He [Amor] has a background in sevens, which is a very attacking game,” said Ford. “It is completely different and they probably think about the game a bit differently so I am massively intrigued in some of the ideas we will be doing with Simon. He is a positive guy, constantly giving you feedback. I am sure he’s watched loads of 15s, even if he might not have coached it that much.”

According to Ford, players are never consulted about the hiring of coaches, whether it is with England or with his club Leicester, where Borthwick will become head coach later this season. But Ford loves coaches who can put across the game’s inherent simplicity – and he says Jones is “incredible” at that, and Borthwick is “the best” at explaining “what you are doing and why you are doing it”.

Ford explained: “There is a lot spoken about systems and little links and intricacy, and I get all that. But I have been in environments where you focus too much on that stuff, working towards that one special move which might not even be there anyway. So what about the bloody rest of it? Rugby is an incredibly simple game. When you get the ball, where is the space? There has to be space somewhere.”

And is there a change rugby could make to enhance that search? Ford went along with my joke that forward passes would make life simpler, and he referred laughingly to rugby league’s uncontested scrums. But then he said, more seriously, he would like union scrums restricted to two sets.

“I am not saying stop the set-piece by any stretch of the imagination,” Ford said. “But we could see a lot more ball-in-play attacking and defending if we sorted the scrum out. Maybe have a rule that you stop the clock while the scrums are reset. Or a rule that the maximum we can reset a scrum is twice. Everyone would know you have a scrum and if it goes down you have got one more chance and then it’s ‘boom’, play on, and it’s the referee’s call whether it’s a free-kick here or a free-kick there – and you can’t re-scrum, by the way, you’ve got to tap it.

“You might see less messing around. It’s something just to say you can’t come up with your little dark arts and your tricks, slowing the game down. You know the ball is going to come out and you get to play some rugby. The forwards still get their opportunity to scrum and win penalties because they get two shots at it. But it’s just not five minutes’ worth of… nothing really. Well it is something for them. But not for us.”

George Ford is a Land Rover ambassador. Land Rover has been helping rugby fans discover the sport for over twenty years. Visit LandRover.co.uk

The coastal safety directorate said its units recovered the body of a Turkish national and rescued two injured people from the fishing vessel.

The Marine Traffic website says the 180-meters-long (590-foot-long) container ship AS ROSAILA sailed under the flag of Portugal and was heading to Constanta in Romania. 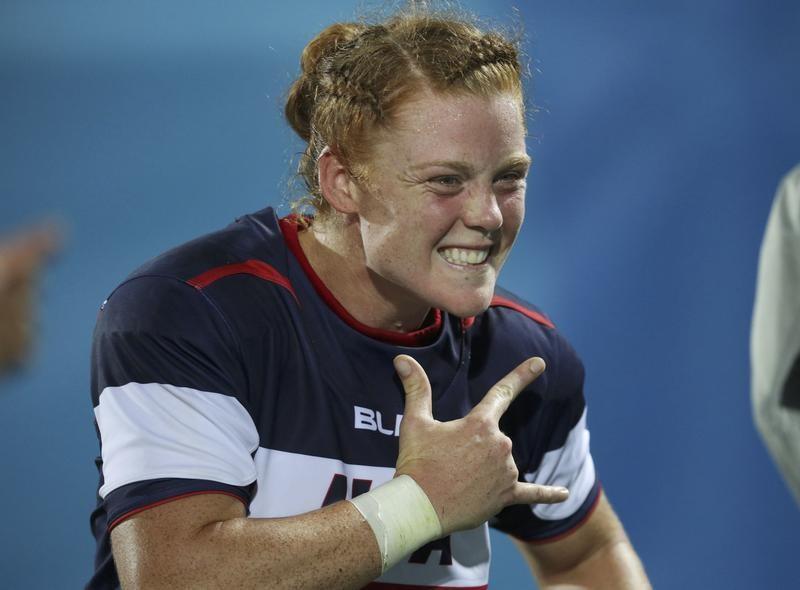 (Reuters) – USA Rugby named its squad for the women’s Olympic rugby sevens on Thursday, with two veterans from the Rio Games among those hoping to bring home the Stars and Stripes’ first-ever Olympic medal in the event.

The team lost in the quarter=finals in 2016, the first year the event featured in the Olympics, and is ranked sixth by World Rugby, after finishing fourth in the 2018 Rugby World Cup Sevens.

Alev Kelter, 30, who has 33 World Series appearances under her belt, and winger Lauren Doyle, also 30, bring Olympic experience to the squad.

“We have enough big match experience from the last three years to fully trust and believe that when we focus on the task at hand, play with discipline and fight as a collective, we are extremely hard to handle,” head coach Chris Brown said in a statement.

“We will be exactly where we need to reach the podium.”

Rick Carlisle reportedly tells Mavericks he won’t be back 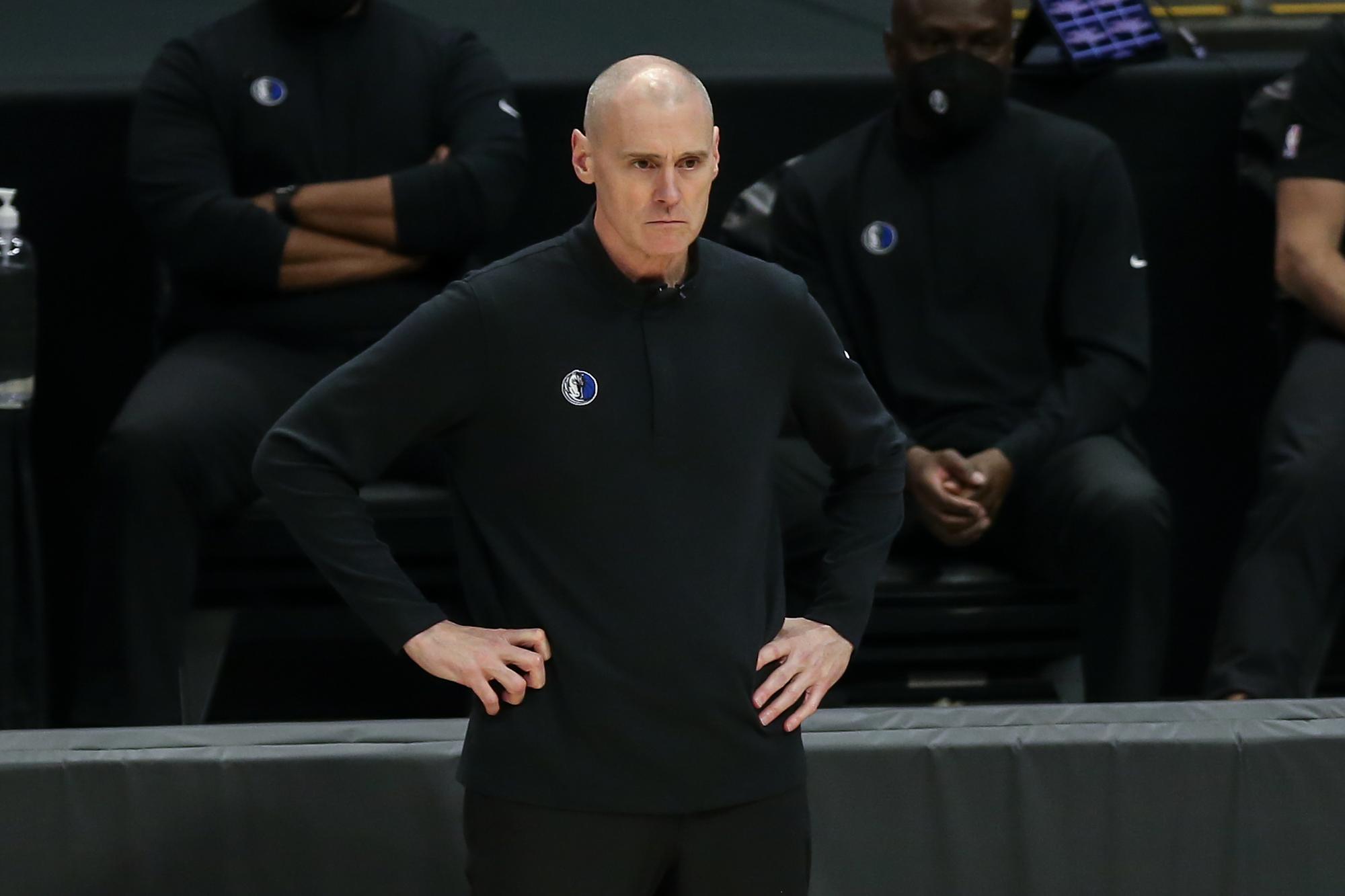 The Dallas Mavericks continue to undergo a complete makeover this offseason. Longtime coach Rick Carlisle has reportedly told the team he will not return as its coach next season, according to ESPN’s Adrian Wojnarowski.

In a statement, Carlisle said it was completely his decision to walk away from the team.

The news comes a day after the Mavericks parted ways with general manager Donnie Nelson. It comes three days after team owner Mark Cuban shut down a report suggesting there was unrest between star Luka Doncic and a team executive.

Will Rick Carlisle join another team?

While Carlisle didn’t reveal whether he would continue coaching, Wojnarowski has already mentioned Carlisle as a candidate for the six openings around the NBA. Carlisle has a history with both the Portland Trail Blazers and Indiana Pacers. He served as an assistant coach with Portland for three seasons in the ’90s. Carlisle also coached the Pacers for four seasons before going to Dallas.

As for the Mavericks, assistant Jamahl Mosley could be an option.

Mosley reportedly has support from Doncic, according to Tim MacMahon of ESPN.

‘Petite’ Leeds woman, 22, told rugby was ‘too rough’ for a girl – now she’s playing for England in the World Cup