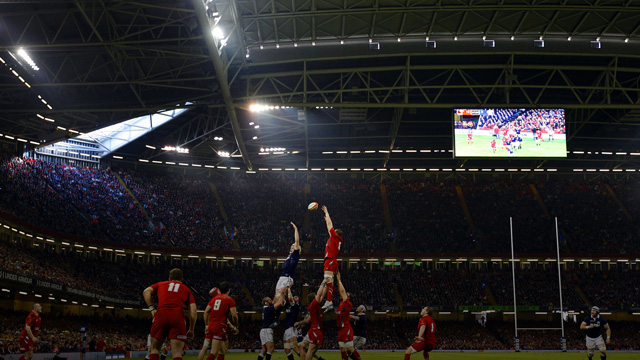 Super Rugby AU – Follow the Rugby match between Brumbies and Reds live with Eurosport. The match starts at 19:20 on 19 September 2020. Our live coverage lets you follow all the key moments as they happen. 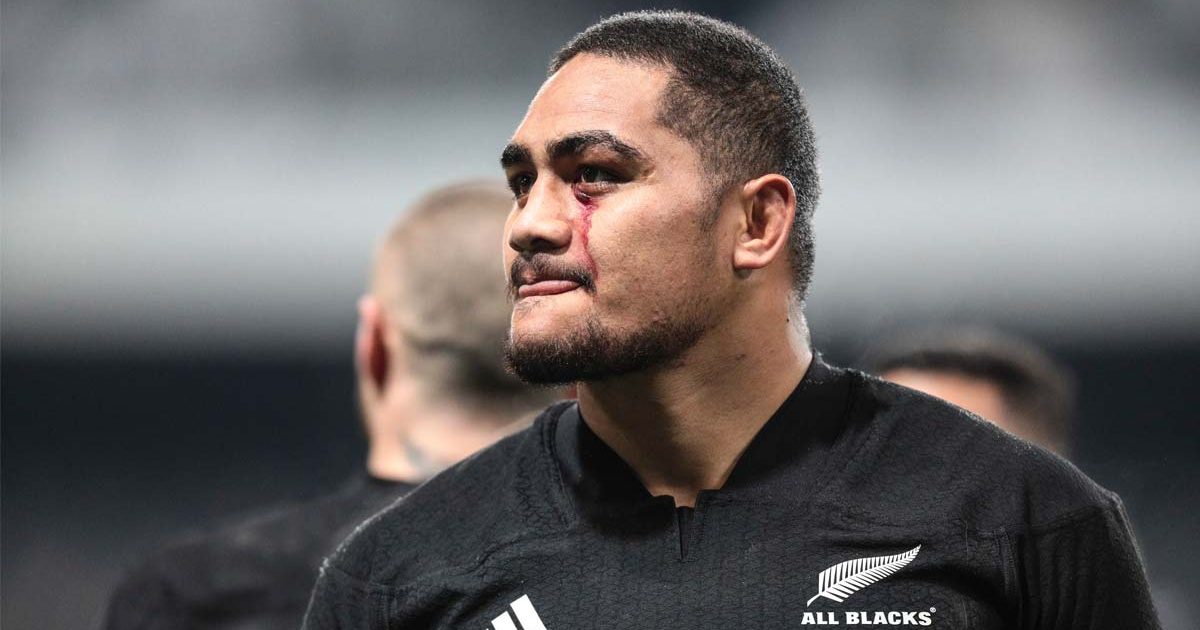 Having already lost first-choice loosehead prop Joe Moody to a plantar fascia injury, the All Blacks will now have to also cope without their first-choice tighthead for their July tests with Tonga and Fiji.

Having sat out two of the last three matches for the Blues – and again being absent from the team naming for Saturday’s Super Rugby Trans-Tasman final – Ofa Tuungafasi is now set for a further stint on the sidelines with coach Leon MacDonald revealing that the All Black will undergo surgery for an ongoing knee problem.

“His knee is causing more trouble than what we would have hoped, and his finger is a bit of a mess as well,” said MacDonald on Thursday. “So he’s a bit battered at the moment.

This week’s panel of Ross Karl, James Parsons and Joey Wheeler talk about all the action and news from the week of rugby in New Zealand and across the world.

“I think he’s having a little tidy-up soon to clear his knee out. It’s going to keep him on the sidelines for a few more weeks.”

The All Blacks subsequently confirmed on Twitter that the front-rower would miss the July matches but that he could return for The Rugby Championship, which is set to kick off in August.

Ian Foster may have introduced a number of new players to the #AllBlacks mix last year, but there will still be room for some bolters when the first squad of the year is unveiled.

Tuungafasi last featured for the Blues in their narrow win over the Reds at the beginning of March.

The 29-year-old – who’s capable of propping up both sides of the scrum – backed up Nepo Laulala at the 2019 Rugby World Cup but emerged as the first-choice No 3 in 2020 and started the opening four matches of the New Zealand national side’s campaign last year before being suspended for a dangerous tackle.

Nepo Laulala and Tyrel Lomax filled in at tighthead in Tuungafasi’s absence but all signs pointed to the mobile Blues prop being reinstated at No 3 after again battling it out with Laulala for game time with the Blues during this year’s Super Rugby campaign.

The All Blacks will name a 36-man squad on Monday evening and will likely select six props for the matches with Tonga and Fiji. While New Zealand’s incumbent props haven’t set the world alight during Super Rugby this season, injuries to experienced operators Moody and Tuungafasi will likely see coach Ian Foster recall the remaining front-rowers that were used during last year’s campaign.

That means Laulala, Lomax, Karl Tu’inukuafe and Alex Hodgman will almost certainly all be named with two new additions likely.

The leading front-runners include the Chiefs first-choice pair of Aidan Ross and Angus Ta’avao as well as rising Highlanders star Ethan de Groot – who will go head-to-head with Laulala at Eden Park on Saturday in the Super Rugby Trans-Tasman final. 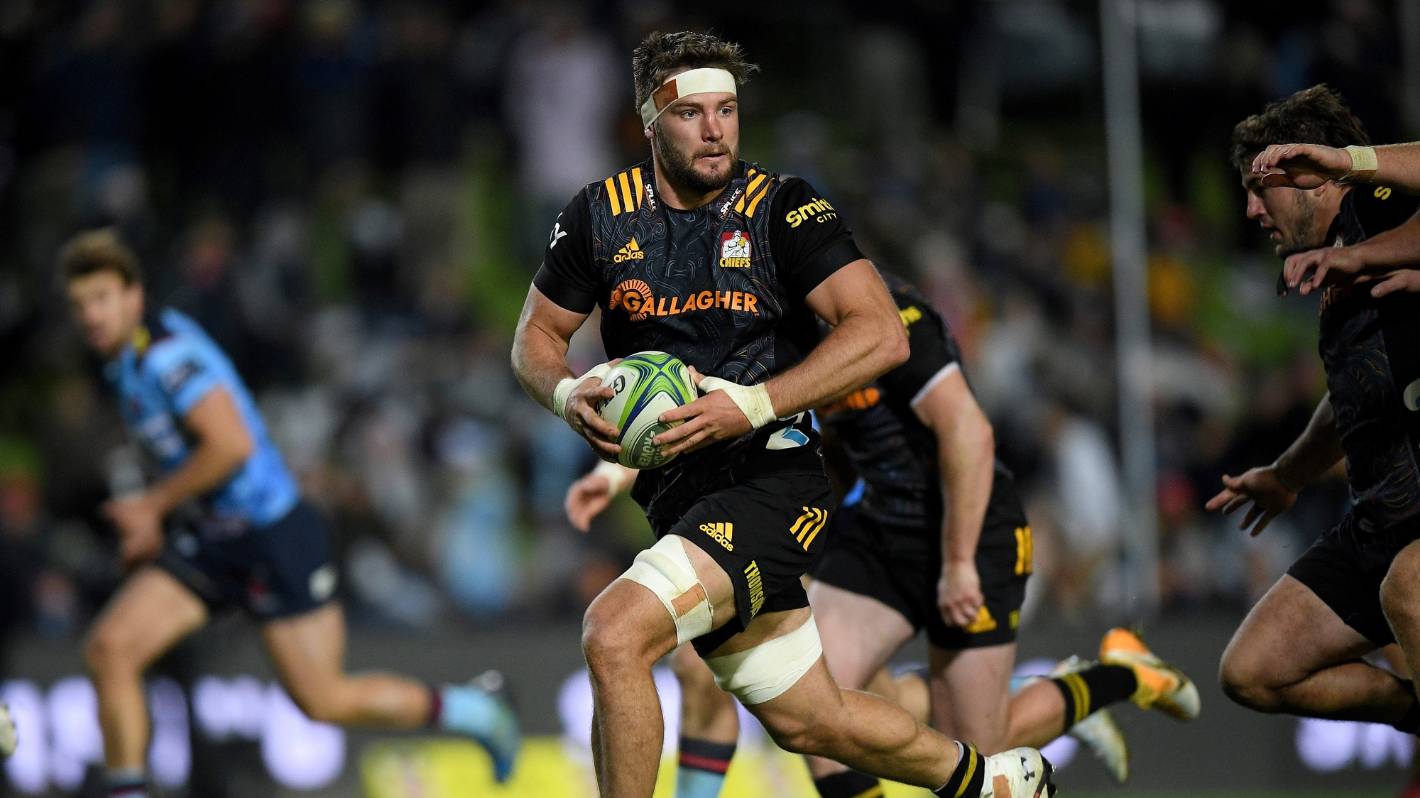 Lachlan Boshier is leaving the Chiefs and heading to Japanese club Panasonic.

Chiefs flanker Lachlan Boshier has again missed All Blacks selection so will not be returning to the Super Rugby club next year, and will instead head to Japan after signing a deal with Panasonic.

Stuff understands the 26-year-old, who has played 64 games for the Chiefs since 2016, will play the NPC season with Taranaki before linking up with the Robbie Deans-coached Wild Knights – this year’s Top League champions – in the country’s new professional competition. The Japanese club will announce his signing later this month.

Perhaps the unluckiest player going around in New Zealand rugby, such has his form been in recent seasons, with no international call-up attached, Boshier hinted at his potential move by taking the customary after-the-siren conversion attempt afforded to departing players, in last Saturday night’s final-round Super Rugby Trans-Tasman win over the Waratahs in Sydney.

It came after yet another masterclass display at the breakdown, with Boshier having consistently been one of the country’s best over the ball in snaffling possession or earning penalties, but still remaining down the national selectors’ pecking order.

All Blacks coach Ian Foster will name his first squad of the season on Monday night but Stuff understands the off-contract Boshier was given the heads-up that he remained out of the picture, and therefore opted not to re-sign with New Zealand Rugby.

It follows a frustrating 2020 where, despite a best-ever year in the game and a mighty impact in a losing Chiefs side, even out of position at No 6, he wasn’t able to crack the national side, even when Ardie Savea was out on paternity leave, which saw Du’Plessis Kirifi picked ahead of him instead.

A week after that, in late October, Boshier spoke to Stuff of his anguish:

“Yeah, obviously a little bit disappointed,” he said. “But, hey, it is what it is. You can’t really dwell on it.

“There’s obviously a s…load of competition, especially in the loose, and he’s [Kirifi] obviously been playing well in the Mitre 10 Cup. I haven’t really been following his game, but good on him, and I hope he goes well.”

Having had no contact with the All Blacks selectors since the North v South game which he also missed selection for, Boshier had said he was told to go and work on a few areas, notably adding to his 104kg frame and seemingly having to up his carrying ability.

“A few bigger bodies and a bit of physicality there, that’s what they want,” he had said, while noting he wouldn’t be rushing to change anything in a mentally-draining, long, Covid-affected footy year.

“I enjoy playing at this weight, and to be honest I’m quite happy with how I’m playing and what I’m doing. I’m getting a lot of good feedback from our Naki coaches and the Chiefs coaches, so that’s always positive, and [I’ll] just stick to my guns and keep trucking how I’m trucking.

Crusaders wing Sevu Reece pays tribute to Charlotte McLeod after their last game of the season.

“I might have a reassess over the pre-season, but I’ll give that a couple of months and see what I need to do for next year.”

While Boshier’s year was slowed by a pre-season foot injury, he returned in round eight of Super Rugby Aotearoa and quickly began to remind of his ball-fetching brilliance, and attacking link play, while finishing the trans-Tasman regular season as the competition’s top tackler (73 from five games).

But it was seemingly all too little too late for the former New Plymouth Boys’ High School 1st XV captain and New Zealand Schools and Under-20 rep, who was called into the Chiefs by Dave Rennie as an injury replacement five years ago.

Stuff understands Boshier had a multitude of offers fly his way in the wake of missing out on a black jersey last year. But, ironically, his value in Japan is increased by not being a test player, considering only three foreign internationals are allowed on the field for a team at any one time.

As much as his absence will be a blow to the Chiefs, the club could potentially still field a loose forward trio reading: Pita Gus Sowakula, Cane and Luke Jacobson, while Boshier’s younger brother, Kaylum, could see more game time, after a shoulder injury scratched him from the back half of this year’s campaign.

Super Rugby Trans-Tasman final: Road closures, how to get there, tickets and weather 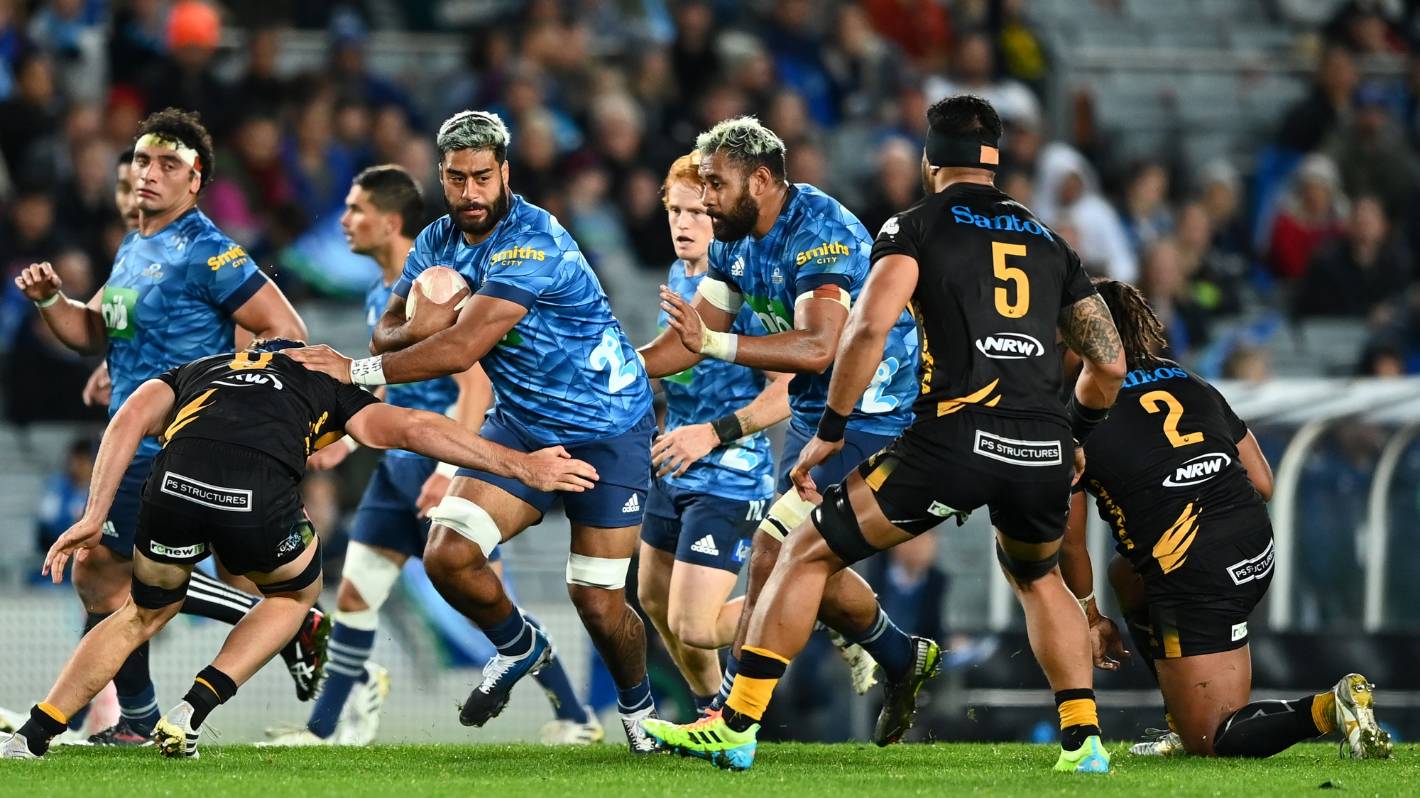 Thousands are set to pack Auckland’s Eden Park on Saturday for the Super Rugby Trans-Tasman final.

More than 25,000 tickets have been sold for the game between the Blues and the Highlanders.

The Sky Tower and the Harbour Bridge will even light up blue for the occasion.

Here is everything you need to know for the big day.

How to get there

Auckland Transport is offering free transportation on trains and both regular and special event buses to anyone with match tickets from 4pm.

Passengers must show their match ticket for all travel via public transport or will be charged regular fares.

Those from the North Shore can catch the NX1 from a Northern Busway station and then transfer onto a train at Britomart, getting off at Kingsland station.

People travelling from Manukau can board a bus to Manukau Train Stain and then transfer onto a train, getting off at Britomart and transferring to the Western line to Kingsland station.

People from Botany or Pakuranga can travel via the bus service 70 to Britomart, and transfer to the Western line to Kingsland station.

Special bus services will run from Manukau, Botany and Pakuranga, departing Manukau at 5pm, 5.15pm, 5.30pm and 5.45pm. At the end of the match, buses will run from Eden Park bus hub until the crowd is cleared.

Those travelling on the train should get off at Kingsland station, located on the Western line.

From there, it’s about a 200-metre walk to the gates of Eden Park.

Additional rail services will operate to assist with the demand. Delays are expected due to the large turnout.

More information can be found on Auckland Transport’s website.

Surrounding roads near Eden Park will be closed before and after the match from 5pm to 10pm, so plan ahead to avoid delays.

More information on road closures in the Eden Park area can be found on the Auckland Transport website.

There is no parking near Eden Park, with the only authorised parking on a small section on Onslow Rd. Tow trucks will be operating from 5pm.

Bring a rain jacket, as periods of rain are expected on Saturday. There is also the possibility of thunderstorms.

A high of 18 degrees and a low of 11 degrees are expected.

Live coverage of the game will be available on Stuff from 6.30pm.

Tickets are $20-$40 and can be purchased from Ticketmaster.