A firm that provides specialist kit for Premier League football and Premiership Rugby sides wants to expand its Nuneaton HQ.

Indigo Fitness moved to the former former Co-operative Society distribution centre on Whitacre Road Industrial Estate in 2018 and has gone from strength to strength.

After spending £700,000 on refurbishing the centre, the business is seeking planning approval to spend a further £1 million on building two more units for warehousing and assembly work plus extra car-parking – and create more jobs.

The ambitious company is a supplier of strength and conditioning equipment to many elite sports teams including those in Premier League football, Premiership Rugby and national sporting bodies.

They have also secured a contract with the Ministry of Defence and has supplied fitness equipment to the military across the UK, to international bases, and installed on board Royal Navy ships.

Nearer to home, Indigo Fitness has provided the sound-proof flooring for the gyms at the £36m Wave water park and the Alan Higgs Centre in Coventry.

Watch: We tested the slides at The Wave

Phil Littlewood, director at Indigo Fitness, explained that the expansion plans have been drawn up as they are running out of space despite having moved into their new home just over two years ago.

“We would like to develop on space in the yard to create a one-way system so that lorries don’t have to turn around,” he said.

“We need more space because we are already overflowing which is preventing us from being as efficient as we would like to be.

“We want to increase capacity so that when we get large orders, usually from the Ministry of Defence, we have enough room to prepare them without interfering with the current space used for manufacturing and assembly.

“The plans involve building two units which would give us extra warehousing and assembly space for large projects.

“We are continuing to grow – turnover this year is expected to be over £4 million – and we have 30 staff which we would like to increase to 35 with these plans.

“The Growth Hub has been with us every step of the way and their support has been invaluable.”

You can get your Coventry and Warwickshire news straight to your email inbox – and it’s FREE!

All you need to do is sign up here.

The emails come out twice a day, at lunchtime and in the evening, with the latest news, what’s on and sport from across Coventry and Warwickshire.

Gary Thyeson, account manager at the CWLEP Growth Hub, which helped get the firm off the ground, said Indigo Fitness was a business which had transformed a disused site into a thriving base.

He said: “These plans will take Indigo Fitness’s business to the next level since they provide a service which not many of their competitors can provide since they design, manufacture and assemble bespoke fitness equipment.

“Indigo Fitness is also expanding into new markets such as the education sector and they are also exporting since they have kitted out gyms at the Stade Français in Paris and a college in Singapore.

“It is great to see the business flourishing and if these plans are passed, it will enable Indigo Fitness to grow even further.”

Keep up with all of the latest local news with our daily newsletter. 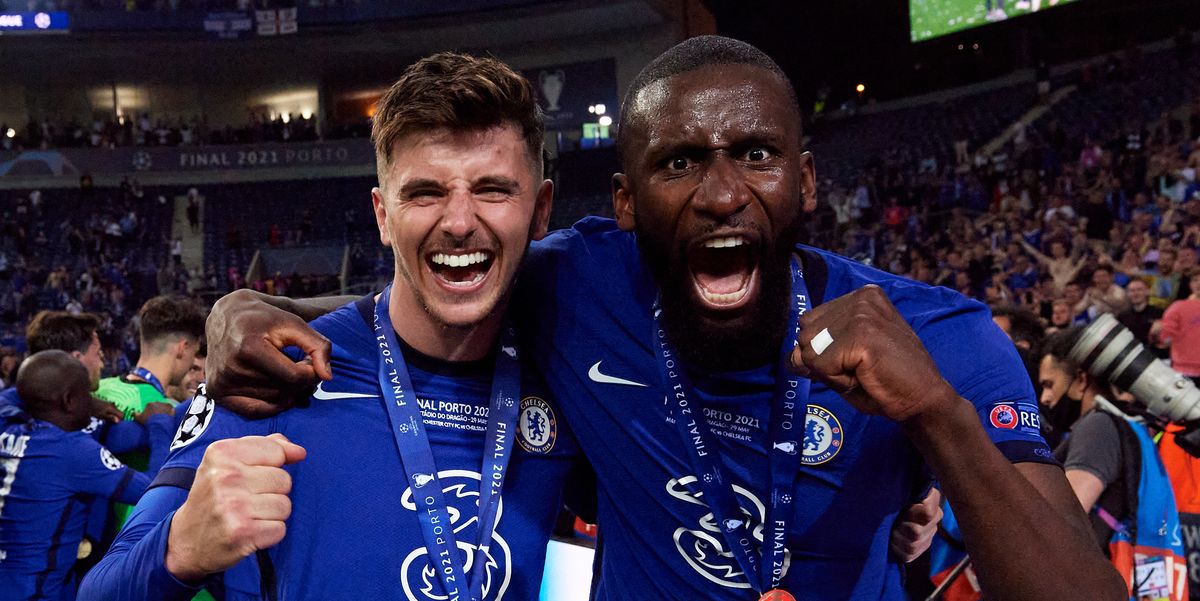 The start of the football season brings all sorts of curtain-raiser fixtures, usually involving the league champions playing a domestic cup winner (as is the case with the Community Shield). European football is no exception, as the annual UEFA Super Cup match pits two trophy winners against each other to see who’s the best.

This is Villareal’s first Super Cup final, following their dramatic victory against Manchester United in a Europa League final where literally anyone and everyone took penalties (if you want to watch it again, then UEFA’s shared all 15 minutes and 23 seconds of it).

Meanwhile, Chelsea appear in the Super Cup for the fifth time – and it’s the third time they’ll be playing in it as Champions League winners following their 1-0 win over Manchester City.

So far, they have only won the Super Cup once, in 1998. Could they do it again? Here’s how you can tune in…

The UEFA Super Cup 2021 match takes place on Wednesday, August 11 at Windsor Park in Belfast. The game will kick off at 8pm local time.

Super Cup tickets are no longer available – the application period closed on August 2 – and there will be a maximum of 13,000 spectators. Everyone will need to show either proof of a negative PCR or lateral flow COVID-19 test to enter the stadium, and further information is available via UEFA and nidirect.

Previously played as two fixtures, the Super Cup match is now a one-off match in a neutral venue. Extra time and penalties will apply as usual, and each team can choose from a subs’ bench of 12 players (using up to five, and a sixth substitute in the event of extra time).

One interesting fact – according to UEFA’s own lengthy Super Cup rulebook, the winning team will not take home the actual trophy (although they will be presented with it after the match).

Instead, “a full-size replica trophy, the UEFA Super Cup winners’ trophy, is awarded to the winning club” and it “may not leave the club’s country without UEFA’s prior written consent”.

If you’re in the UK, the place to watch the UEFA Super Cup match between Chelsea and Villareal is on BT Sport, which has exclusive rights.

If you’re not already a BT Sport member, the easiest way to sign up is by getting a Monthly Pass. This contract-free arrangement is priced at £25 per month for 30 days’ access (it does renew automatically, but you can cancel whenever you wish).

Then, there’s the Champions League and Europa League coverage you’ve come to expect from BT as well, along with the brand new Europa Conference League.

You can use the BT Sport app or web player at sport.bt.com to watch the game, and can log in on two different devices and watch up to two different channels at once.

Other purchase options are also available on contract, if you’re interested in other BT channels or BT Broadband. More info on those here.

Meanwhile in the US, Paramount+ will carry the game as part of an agreement which also includes Champions League, Europa League and UEFA Conference League coverage until the end of the 2023/24 season.

In the latest edition of Digital Spy Magazine, we reflect on the 50 most groundbreaking soap characters of all time. Read every issue now with a 1-month free trial, only on Apple News+.

Interested in Digital Spy’s weekly newsletter? Sign up to get it sent straight to your inbox – and don’t forget to join our Watch This Facebook Group for daily TV recommendations and discussions with other readers.

This content is created and maintained by a third party, and imported onto this page to help users provide their email addresses. You may be able to find more information about this and similar content at piano.io 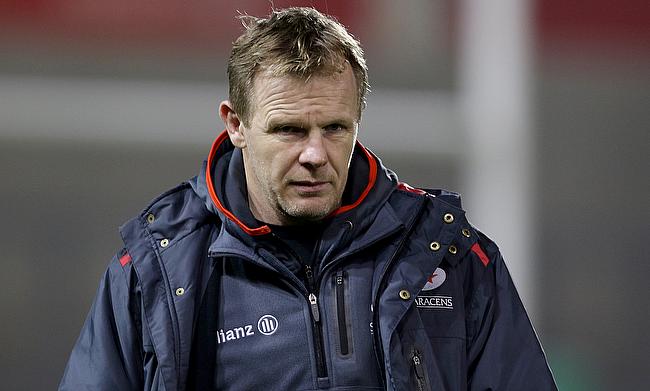 Saracens have confirmed the signing of hooker Ethan Lewis on a two-year deal ahead of the club’s return to the Gallagher Premiership.

The 27-year-old joined Saracens on mid-way last season and went on to make a solitary appearance for them as Mark McCall’s men went on to win the Championship.

Prior to his move to Saracens, Lewis made 60 appearances for Cardiff Blues since his professional rugby debut in 2014 and also went on to represent Wales at the Under 18 and Under 20 levels.

“I am very happy to have signed with Saracens. Since I arrived on loan I’ve loved every second of being part of this club,” he told the club’s official website.

“The team, the family culture and everything about it made the decision easy for me to sign long term.”

Saracens director of rugby Mark McCall said he was impressed by Lewis during the loan stint with the club.

“Ethan is a hard working player who has impressed us during his brief time here so far. We are delighted he has chosen to extend his time at the club.” 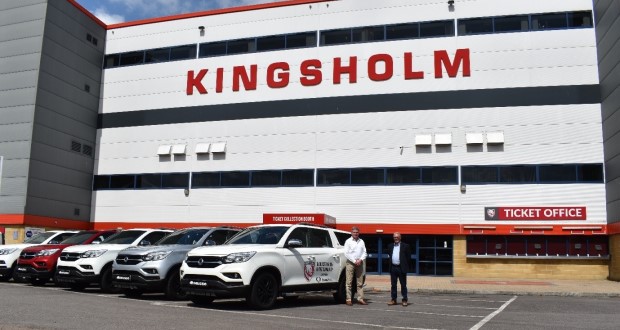 SsangYong Motors has announced a newly formed partnership with Gloucester Rugby and its Academy.

SsangYong Motors will supply five Musso pick-up trucks to mobilise its community development coaches when visiting schools, clubs and other local organisations in Gloucestershire and Oxfordshire.

Lance Bradley, CEO at Gloucester Rugby, said: “At Gloucester Rugby, we want young players to enjoy playing rugby and embrace the values and ethos of our great game. We want to reach out to as many boys and girls as we can and help develop them as good players as well as good people. We understand that not all players will go on to elite level, but we want them to continue to enjoy the game and continue playing for their local schools and clubs, giving back to the local community. We believe we can help them on this journey.

“Playing rugby as a youngster should be about enjoying the process of development and the new pathway is aiming to achieve this so that the young players who progress through the Academy want to continue with rugby after they graduate. The Musso pick-up trucks will be invaluable to us when our coaches are travelling between organisations and carrying the equipment necessary for these activities.”

The community development coaches will cover five districts in the area – Stroud and Cirencester, Forest of Dean, Cheltenham and Tewkesbury, Gloucester and West Oxfordshire.

Jim Tyrrell, chairman at SsangYong Motors, added; “As a lifelong supporter of Gloucester, I’m thrilled to partner with our local Premiership Rugby club and help engage with grassroots rugby in the community. The SsangYong Musso is a go-anywhere and versatile beast, perfect for the job in hand. Gloucester Rugby is a great fit for us, and we look forward to developing the relationship further.”

New-look Stags all set to take on neighbour

Red card controversy, fan abuse and the 80 minutes when Liam Williams can end it all a Lions hero