Spectators will be permitted at some sports grounds this weekend as part of the ongoing government pilot scheme to bring fans back into stadiums.

The news comes after discussions between the Secretary of State for Digital, Culture, Media and Sport, Oliver Dowden, and sports leagues and federations, as tighter restrictions have come into place across the UK designed to limit the spread of the virus.

The pilot scheme, however, had envisaged events going ahead with spectators across August and September, subject to social distancing measures approved by the Sports Grounds Safety Authority and local safety advisory groups.

The events will include two Premiership Rugby matches taking place at The Recreation Ground in Bath on 22nd September and at Ashton Gate on 30th September. Up to 1,000 spectators will be admitted to each match, subject to local safety advisory group approval, while the matches will also be screened live on BT Sport.

Meanwhile, ten EFL games throughout the Championship, League One and League Two will take place, with crowds also capped at 1,000.

The news follows successful pilots staged by both leagues last weekend, when Cambridge United hosted Carlisle in a League Two match, while Harlequins hosted Premiership Rugby’s first match with spectators on 5th September, against Bath Rugby. Both matches saw fans in attendance at professional matches in their respective leagues for the first time since March.

A joint statement from the Premier League, British Horseracing, EFL, ECB, The FA, LTA, RFL and RFU said: “We are grateful to Oliver Dowden, Secretary of State for Digital, Culture, Media and Sport in the United Kingdom, for taking the time to discuss with us the financial impact that COVID-19 is having on the sports sector and issues around the partial return of fans to sports events which is currently under review by the Government. It was a constructive and productive meeting.

“All of our organisations are committed to public safety. We conveyed to the Secretary of State the very serious financial situation now facing our sports, clubs and venues and that we believe we can stage events safely.

“It is clear that if fans cannot return soon that there will be very serious economic implications across our sporting sector.

“Our sports have already demonstrated through staging fixtures Behind Closed Doors, in Test events and through the return of recreational sport that we can deliver the very highest standards in safety and best practice.”

Darren Childs, CEO, Premiership Rugby, added: “We are delighted that following the success of the first two ‘pilot’ matches at the Twickenham Stoop and Kingsholm, another two Gallagher Premiership Rugby matches have been given the green light from the government. This is testament to the magnificent job done by the teams at both Harlequins and Gloucester Rugby.

“We saw in those matches how important it is for spectators to be present at live sport and we value the trust that the government have placed in us for additional pilot games. The health and safety of everyone involved in Premiership Rugby is our only priority as we bring the sport back from Lockdown and that was evident at Kingsholm and the Twickenham Stoop. We are pleased to be able to look to build on that success.”

EFL Chair, Rick Parry said: “It’s encouraging that we are in a position to move forward with the next phase of the pilot programme and give a small number of our Clubs the opportunity to welcome back up to a 1,000 fans this week.

“The health and well-being of supporters and their wider communities remains the priority, but as we showed at Cambridge, social distancing can be applied safely. By extending across more EFL Clubs we hope to further demonstrate that the measures developed can allow fans to return in greater numbers from as early as next month.

“The requirement to welcome spectators back through turnstiles has not diminished in any way, the financial challenges facing EFL Clubs have been explained on numerous occasions, they are substantial and a problem that requires immediate solutions.”

Discussions continue between the UK’s sport leagues, governing bodies and the government about a return for supporters in greater numbers after 1st October.

Culture Secretary, Oliver Dowden said: “I know that many fans are eager to return to football and that jobs depend on this too, so fans will welcome news that the EFL will be running number capped, covid secure, and socially distanced pilots this weekend. This will help us build the evidence base to see how we can return fans safely in greater numbers as soon as it is safe to do so.” 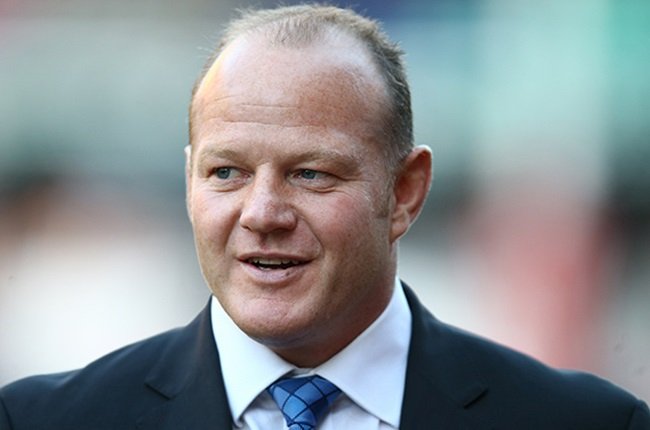 Assertive, clear-cut views on a contentious topic are a major passport to good sports punditry/analysis … so preferable to a hedge-your-bets sort of style.

That in mind, you could not fault SuperSport rugby studio guests Swys de Bruin (something of a perennial on the show) and Robbie Kempson for their thoughts on the “captain’s challenge” in the Rainbow Cup SA when grilled by anchor Owen Nkumane on The Final Whistle programme.

It was a well-warranted talking point because the experimental rights of the skippers – Steven Kitshoff and Duane Vermeulen – to make such challenges, with the help of TV replays, provided a prominent but sometimes laborious element of the tense Stormers v Bulls clash at Cape Town Stadium. 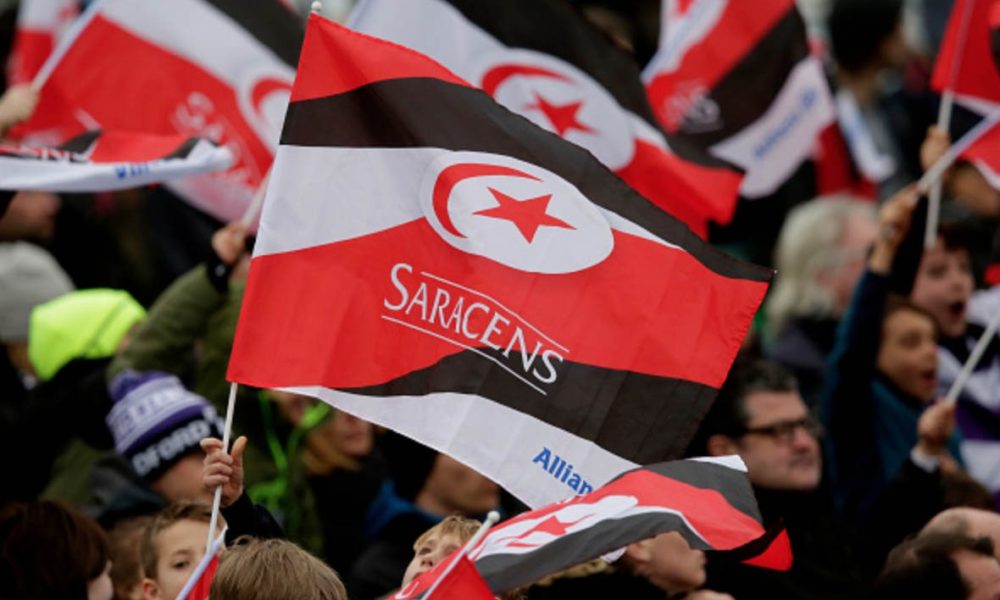 Alex Sanderson believes tomorrow night’s match with Leicester Tigers will be the first real test of the progress he has made with his Sale Sharks squad since joining the club as Director of Rugby in January.

The Sharks supremo makes eight changes to his starting XV and names a highly experienced side to face the Tigers as the he looks to guide Sale to their first Gallagher Premiership semi-final since 2006.

Josh Beaumont returns to action following a break last weekend and captains the Sharks from second row alongside Cobus Wiese, who will feature against his older brother Jasper on Friday night.

The devastating combination of Tom Curry, alongside Jean-Luc and Daniel du Preez in the Sale back row will provide plenty of entertainment for Sharks fans as they go toe to toe with a powerful Leicester pack.

Faf de Klerk links back up with AJ MacGinty to form a familiar half-back partnership for tomorrow night’s Premiership Rugby clash, and the pair have plenty of options outside them as Sam Hill, Marland Yarde and Luke James all return to the Sale back line.

Hill lines up at inside centre alongside Sam James at thirteen, whilst the Sharks name Byron McGuigan, Yarde and Luke James in their back three.

Speaking at his press conference during the week, Alex was full of praise for a much-improved Tigers outfit, he said: “This is a really good test of this group, of where we’re at and how far we’ve come with all the work we’ve done.

“This is the first return game we’ve had since I have been involved with these lads so it will be a great marker for us, against a much-improved side under Steve Borthwick.

“We are under no illusions that although we think we have improved and we want to show that and test ourselves and our progress, it’s going to be a real battle against a really good side so it’s a big challenge for us.” 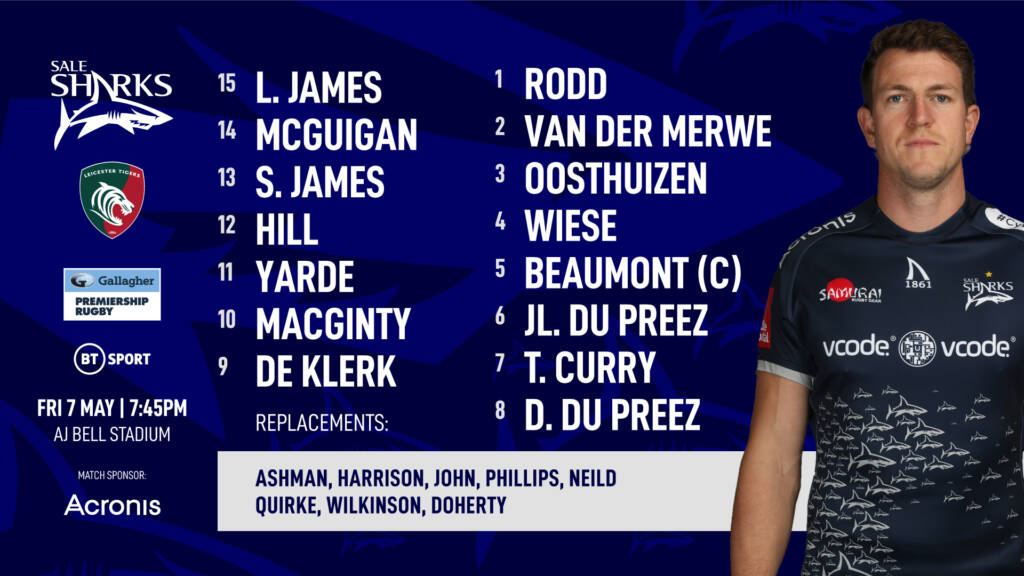 When is Bristol Bears v Gloucester Rugby team news out for Round 19 of the Gallagher Premiership? 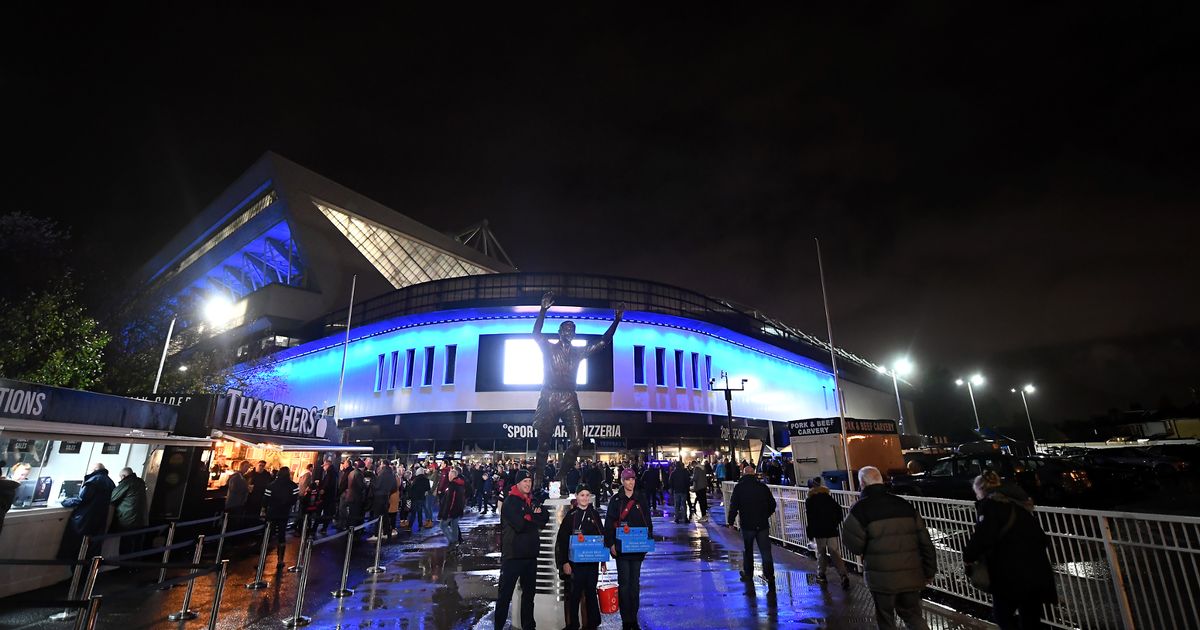 Everything is a bit different in Round 19 of the 2020/21 Gallagher Premiership, and with good reason.

Fans are back in stadiums for the first time in 2021 as the government eases national Covid-19 lockdown rules from Monday with the number of people getting infected with the virus steadily decreasing.

Bristol Bears will host Gloucester Rugby at Ashton Gate at 7.45pm on Monday night in front of 3,138 supporters.

Because of the later kick-off, everything in the week has been moved back with the players only reporting for their first training session on Wednesday.

Crucially team news for Bristol Bears v Gloucester has also been moved from the regular time slot of midday on Friday lunchtime.

Team news for the West Country derby will now go live at midday on Sunday, May 16.

The team news will be covered as ever in our live blog on the Bristol Live and Gloucestershire Live websites.

Bears director of rugby Pat Lam said everyone at the club is getting excited for the return of fans.

“We understand it’s another derby with Gloucester and they will be dangerous. They had a great win, and they are improving every time under George (Skivington) and their new coaching regime.

Are you a massive Gloucester Rugby fan?

If so, you can now get all the latest Cherry and Whites news for FREE at the touch of a button on your phone.

Gloucestershire Live is packed full of Gloucester Rugby news and opinions but this new service will give you the chance to hear about it first with Chief South West Rugby Writer John Evely providing regular updates on all the big stories straight to your inbox.

Among the things you can expect are transfer news, interviews, match reports, injury updates, team news and live blogs. You could even use it to ask him a question.

All you have to do is sign up to Gloucestershire Live’s relaunched WhatsApp service.

First of all, make sure you have WhatsApp on your phone – it is free to download if you haven’t got it already.

If you would like to sign up, simply save the number 07715 770289 to your phone (you must do this to receive our messages), then send  GLAWS RUGBY in a message to that number via WhatsApp.

We recommend saving the contact to your mobile as ‘Gloucester Rugby News’.

You will then be added to our Gloucester Rugby chat group and receive links to all of our big stories direct to your mobile.

Your number will not be used for any other purpose other than to inform you of the latest Gloucester Rugby news.

To unsubscribe at any time, send STOP GLAWS RUGBY via WhatsApp to the same number.

“However, for us, I think the biggest focus is that every game is important, because when we took top spot in the table in round six, for us still to be there in round 19 is a huge effort, because we put an emphasis on us and on our journey, and we said the only reason we’ll get overtake is if we drop our standards.

“So, it would be a shame, with the position we are in with four games to go and an eight-point lead, to not get to the end as the team at the top, before we go into the semis.”