NBC Sports has inked a four-year deal to air the HSBC World Rugby Sevens Series on its platforms through 2023. The World Rugby Sevens is an annual series of seven-a-side tournaments featuring the national teams from 17 countries. The deal will provide more than 300 hours of programming on NBCSN, Olympic Channel, NBCSports.com, the NBC Sports app, OlympicChannel.com and the Olympic Channel app. It will also be available with a subscription to streaming platform NBC Sports Gold.

“We are excited to welcome back the HSBC World Rugby Sevens Series to the NBC Sports family,” said Jon Miller, president of programming for NBC Sports and NBCSN. “As we head into an Olympic year, this partnership with World Rugby allows us to add to our portfolio of the most marquee rugby events in the world and help grow the sport both domestically and internationally.”

NBC Sports held the rights to World Rugby Sevens from 2010-2016. It also has the rights to the 2019 Rugby World Cup in Japan, which begins in September and features 15 players per side.

The Women’s Sevens Series begins this October while the Men’s starts in December.

“After a hugely successful Rugby World Cup Sevens in San Francisco last year, attended by over 100,000 fans, the popularity of rugby sevens is growing rapidly in the United States,” said World Rugby CEO Brett Gosper, “and we look forward to the opportunities that working with NBC Sports Group will bring in continuing to reach new audiences in this important market over the next four years.” 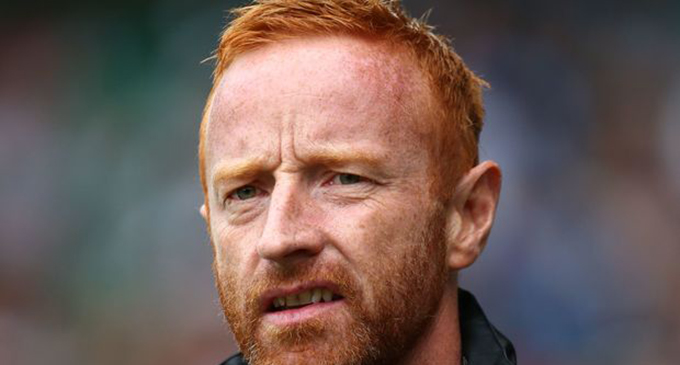 “While we are yet to sort the applications; their names indicate the calibre and experience they have. Winning back-to-back Olympic sevens gold have definitely attracted outstanding and reputable applicants. Ben Ryan and Gareth Baber have set the bar, those applying are well aware of this.”

Yesterday Fiji Rugby chief executive officer John O’Connor disclosed that of the 30 applicants for the national sevens coach only two of them were local applicants.

“We have received 30 applications, majority are from overseas. I can confirm that only two are from Fiji,” O’Connor said.

“This is by far the most number of overseas applicants we have received for the national sevens coach position,” he said.

“While we are yet to sort the applications; their names indicate the calibre and experience they have.”

“Ben Ryan and Gareth Baber have set the bar, those applying are well aware of this.”

Rugby sevens was played for the first time at the 2016 Rio Olympics following the decision of the 121st session in Copenhagen in October 2009. 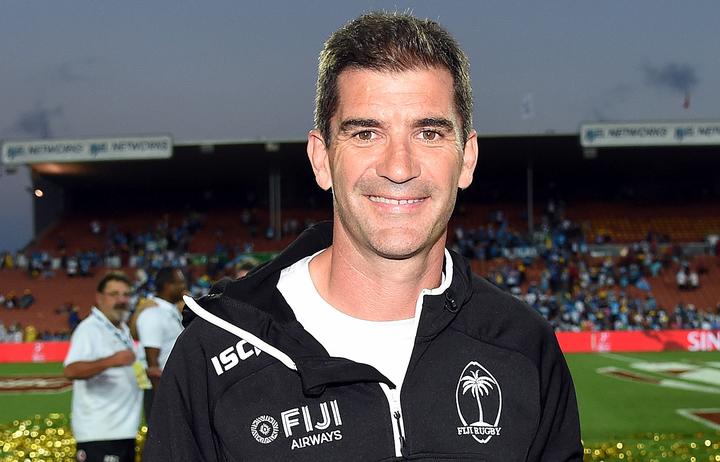 In 2020 (played this year) under coach Baber, the Fijians conquered New Zealand 27-12 in the Tokyo finals for their back-to back Olympic win.

“We are going to start work on the applications next week,” he said.

“Right now the focus is on the second Dubai sevens this weekend and we are hopeful that both our Fijian Airways men and Fijiana sides will bring the gold medals.”

NAIROBI, Kenya, Dec 4 – The national men’s sevens team bagged 12 points, an improvement from the first leg to sit 8th in the standings on 22 points after the opening two legs of the 2021/22 HSBC Sevens World Series season in Dubai.

Kenya lost the 5th place final to Great Britain, going down 10-5 to collect 12 points as red-hot South Africa won the Cup title to complete the back-to-back victory and occupy the top spot on 44 points.

Shujaa head coach will now head to the Christmas break to work on the weakness identified from the two legs and be ready for the Spain Tour in January for the Malaga and Seville rounds respectively.

To storm the final, Kenya has ran wild over USA, thrashing the Mike Friday side 29-0

The win was not only crucial for the Innocent Simiyu charges but a sweet revenge to USA who have been beating Kenya this season including at the Tokyo 2020 Olympic Games but the latest coming yesterday when Perry Baker broke Kenyans hearts with a late try as the Americans won 24-21 in the group stages.

Shujaa, buoyed by Kenyan fans in Dubai got everything right in this duel, the physicality, sheer speed and the tactical bit orchestrated seasoned Billy Odhiambo to see Tony Omondi go over twice same as Jeff Oluoch who grounded two tries to add on Alvin ‘Buffa’ Otieno’s try.

In Kenya’s first match in Day 2, South Africa were too good, winning 31-19 in the Cup quarter-final and rekegate Shujaa to the 5th place battle semi against USA. 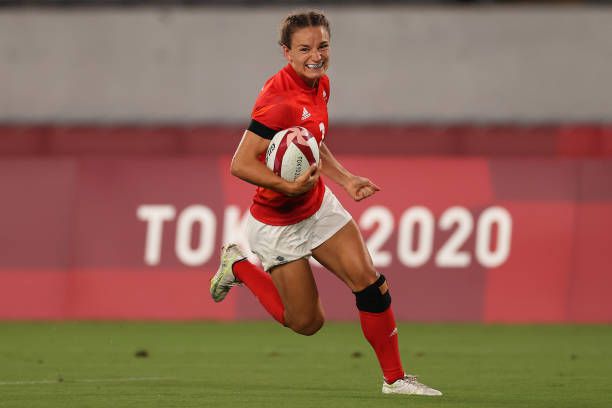 There is potential for confusion over the next two days at the Emirates Dubai Sevens.

Supporters of England, Scotland and Wales are going to be denied a time-honoured tradition. Instead of spending the weekend baiting each other, they are going to have to rub along together politely, seeing as they are all now tasked with backing the same team.

For the first time – at least at a tournament with fans present – the Home Nations will be represented by a Great Britain side at the Sevens.

It might take some getting used to but, according to Danielle Waterman, who is one of England’s greatest ever female players and an Olympian with Team GB in 2016, the positives outweigh what has been lost by unifying forces.

“I’m a huge advocate for it,” said Waterman, who is in Dubai as an ambassador for the HSBC World Series sponsors.

“In the women’s game in particular, we have somebody in the Team GB squad who was very, very close to being nominated for World Player of the Year in Jasmine Joyce.

“She was one of the top try-scorers in the tournament last week [when Dubai hosted a leg of the World Series behind closed doors], and took the tournament by storm in Vancouver.

“Yet she would not have been able to play on the World Series because Wales are so far off qualifying.

“There has been some wonderful talent that we wouldn’t have been able to see on the world stage.

“This weekend will be the biggest crowd these girls have played in front of. It is a wonderful opportunity.”

Britain’s women kick off the World Series matches at 9am on Pitch 2 against France. The GB men make their Dubai debut against Ireland at 10.50am on the main field.

Eligibility change huge for Pacific Islands – and other November reflections

World Player of the Year: Antoine Dupont, the best attacker in the game, gets my vote | Sport