Wells (pictured) has left the Premiership Rugby team after three years to take up the new position.

PTI Digital said that Wells will “lead a newly formed commercial services team that aim to best prepare clubs, venues and rights-holders to capitalise on the growth opportunities that the digital age has to offer”.

He was formerly the head of marketing at Premier League side Chelsea and was also commercial director at Championship side Reading between 2013 and 2014. He also sits on the board of advisors at FanAI, the audience monetisation platform for sponsors, and is a member of the European steering committee at the Sports & Entertainment Alliance in Technology (SEAT).

Wells said: “I am delighted to be joining PTI, who have proven themselves to be an exciting, innovative and fast-paced business over the last three years.

“We are living in the digital age, yet most commercial models in sport are still in ‘analogue’ mode, not realising their full commercial potential due to limitations in the traditional matchday revenue model. In taking our Commercial Services offering to market, PTI can provide an integrated commercial, data, digital and technology service suite to clients that not only delivers upon digital transformation objectives, but also provides direct commercial benefit.”

Mike Bohndiek, chief executive officer at PTI Digital, added: “Having previously been orientated as data, digital and technology experts who were commercially savvy, in Ben we have closed that gap to provide true, proven expertise for all facets of client discussions.

“Over the last 12 months we’ve seen a mass move to drive new digital revenues, accelerated by Covid. Yet, this has often been in a silo or scatter gun fashion. With a holistic skill set at PTI, we aim to ensure that clubs embark on their journey into the digital age with the comfort that it clearly links back to commercial strategy and revenue growth.”

Sport in England took another step back towards normality as fans were welcomed back to venues across the country on Monday.

After a series of successful pilot events, supporters were permitted back into regular fixtures – albeit in limited numbers – as coronavirus restrictions were eased further.

Bournemouth fans were among the first to benefit as up to 2,000 were admitted to the Vitality Stadium for their Sky Bet Championship play-off semi-final first leg against Brentford, which kicked off at 6pm.

Another 4,500 supporters were expected at Barnsley for their play-off against Swansea later in the evening.

There were also a number of fixtures across both codes of rugby, as well as horse and greyhound race meetings, on the first day of the Government’s third step in the coronavirus recovery road map.

Under the new restrictions, larger seated outdoor venues are able to admit up to 10,000 spectators, while smaller outdoor venues will have capacities capped at 4,000 or 50 per cent, whichever is the lowest.

Fans also have to follow rules regarding face-masks, online health checks and the maintaining of social distance.

At Bournemouth, fans were greeted by a message on the scoreboard which read, ‘Welcome back, we’ve missed you’ and pre-match thunderstorms did little to dampen their enthusiasm.

Cherries players received rapturous applause from all four sides of the compact ground as they entered the field, while there were light-hearted jeers for the opposition followed by some mocking chants.

It was only the third time this season – after December wins over Huddersfield and Wycombe – that Bournemouth fans had been present and the first occasion since Jonathan Woodgate replaced Jason Tindall as manager in early February.

“It’s has been soulless going racing this past year, horrendous. I’m so pleased to see people back, it just feels like normal.”

Jockey Tony Hamilton, who won the first race of the day on Grangeclare View, said: “It’s a bit funny seeing everybody here, but it’s great and significantly great for racing.

“Walking back in after the race, getting a round of applause, these are all the things we’ve missed. It’s great, it really is, having an atmosphere back on course – we’ve all missed it.”

Fans will be back in rugby union’s Gallagher Premiership, with leaders Bristol expecting a crowd of 3,138 for the visit of west country neighbours Gloucester and Newcastle playing Northampton in front of 1,750.

Rugby league has a busy programme on Monday night with five Super League matches – Hull can have 5,500 spectators, St Helens and Warrington 4,000 each, Castleford’s capacity is 3,600 and Leigh are working to 2,000 – and two Championship games.

Romford Greyhound Stadium also welcomed back fans but no on-course bookmakers were present.

Premier League crowds will return on Tuesday, with the competition having pushed back its penultimate round of matches to May 18 and 19.

That decision has allowed every club to play one home game in front of supporters before the end of the season on Sunday. 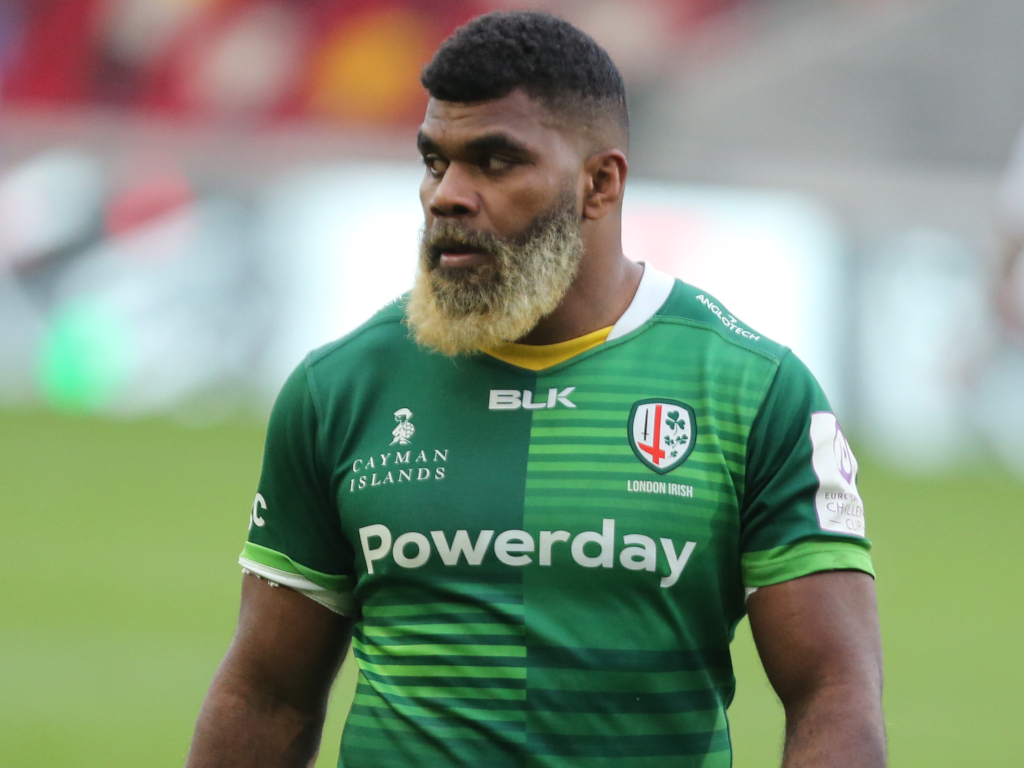 Declan Kidney has confirmed the side to take on Exeter Chiefs in in their Premiership Rugby clash against Exeter Chiefs on Tuesday evening.

The Exiles will welcome the return of supporters for the first time since early December for the Round 19 clash against the reigning European and Premiership champions.

Albert Tuisue is set to make his 50th appearance for London Irish, having scored 16 times in 49 appearances since joining the Exiles in January 2019.

In the front-row, Will Goodrick-Clarke, Agustin Creevy and Lovejoy Chawatama combine, with Chunya Munga and Rob Simmons partnering in the second-row.

Matt Rogerson captains the side from blindside flanker, and is joined in the back-row by Ben Donnell and Tuisue.

Nick Phipps and Paddy Jackson are the half-back duo, as Phil Cokanasiga and Curtis Rona wear the 12 and 13 jerseys respectively.

Meanwhile, Exeter Chiefs director of rugby Rob Baxter has made four alterations to his starting line-up which beat Worcester Warriors at Sandy Park on Saturday, May 8.

With England and British Lions star Jack Nowell set for another spell on the sidelines after hobbling out of the Worcester game with a MCL injury, Baxter’s sole change to his back division sees the Cornishman replaced by the returning Alex Cuthbert.

Up front, England internationals Ben Moon and Harry Williams take over from Alec Hepburn and Tomas Francis, whilst Jannes Kirsten returns to the second-row alongside Sean Lonsdale, who was a late call-up before the last game after Jonny Gray withdrew from the action in the warm-up.

Form: London Irish have lost their last three Premiership Rugby matches since their 36-33 win against Bath at Brentford Community Stadium in Round 15. The Exiles were defeated by Harlequins in their most recent match at their new home, only their second defeat at Brentford this season. Exeter Chiefs’ only defeat in the last seven rounds of Premiership Rugby was 34-18 at Gloucester on 26 March. The Chiefs’ three away defeats in Premiership Rugby this season were at Wasps in Round 5, Sale in Round 11, and Gloucester in Round 15. London Irish have won just one of their last seven encounters with Exeter: 22-19 at Sandy Park in September 2020.

Sky Sports explained: cost, channels, and what you can watch? 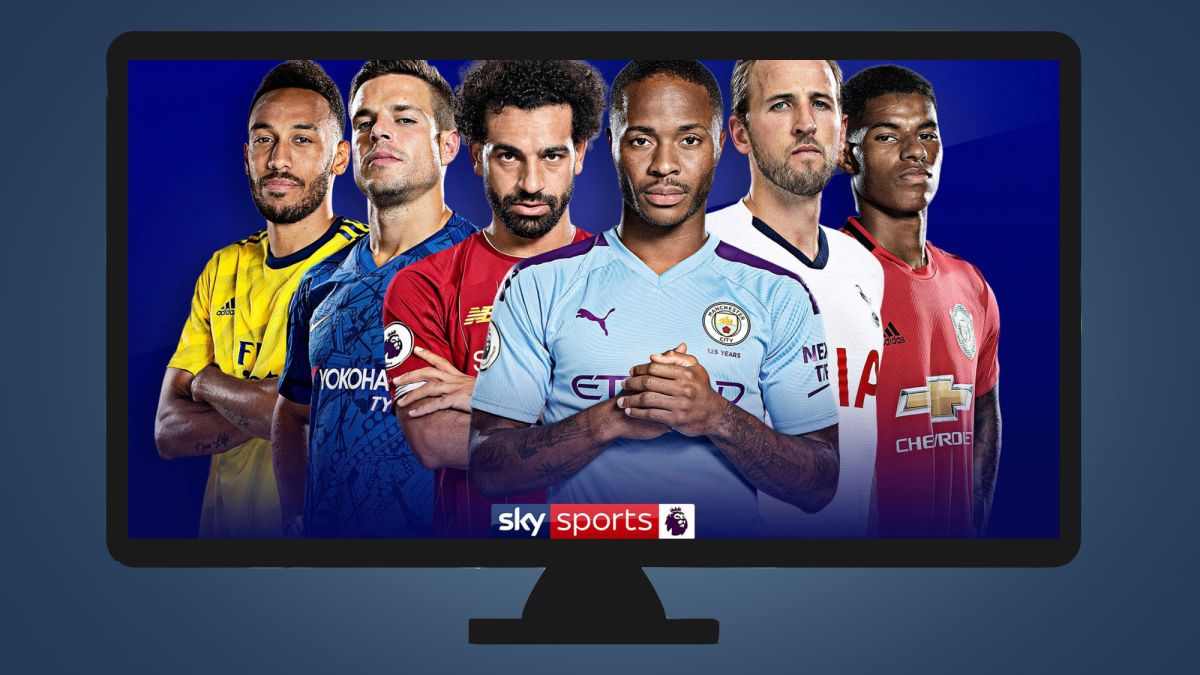 When it comes to Sky Sports channels, there’s plenty to get your head around, including whether it offers the sporting coverage you’re actually interested in spectating, as well as cost and packages. Get access to more sports than you can shake a racket at with Sky Sports, and make sure it’s at a cost you can afford with the best Sky TV deals.

Whether you like to take the game in on your smartphone, your big screen or any other device with Sky Go – however you enjoy your sports, this is everything you could possibly need to know about Sky Sports.

Read on to see our questions and answers that cover off all the details of Sky Sports.

Sky TV + Sky Sports: £41 a month | £20 set-up | 18 months | Save £396
Catch the latest Premier League fixtures, or accelerate your viewing experience with all the action from the tarmac of the next F1 Grand Prix. You’ve also got a whole lot of golf coverage, as well as NFL, boxing, and much more.
View Deal

What is Sky Sports?

Sky Sports is the section of BSkyB video that covers all things sport related. That means from football matches and car racing to golf tournaments and big fights, this has something a the place for live sports coverage.

Sky Sports used to be broken down into numbered channels but now Sky offers dedicated sports channels for each type of sport. This not only makes it easier to find what you want, but also means there is a whole load more content, all for your favourite sporting events.

There are 11 Sky Sports channels in total, but more on that below.

How much does Sky Sports cost?

Sky Sports starts at £18 per month but that’s as a bolt on where you need other subscriptions to qualify, so in reality it’ll cost you at least £41 per month. This is on an 18 month contract and offers you the TV, Sky-dish-fed Sky Sports. This also means you can use Sky Go to watch on other devices over Wi-Fi or your smartphone’s network connection.

The other way to get Sky Sports is to pay a rolling charge with Now. A day membership is £9.99 per day or go for three months and it’ll cost you £25 for 11 SKy Sports channels, for use on up to six devices.

What Sky Sports channels can you get?

Sky Sports is a huge area that includes loads of sports and plenty of channels with many dedicated to specific sports like Formula One and Golf. The 11 channels included with Sky Sports, all in HD, are:

What can I watch with Sky Sports?

A lot of the Sky Sports channels explain themselves in the name but diving into each in more detail we find Sky Sports Premier League, for example, offers 146 live Premier League games this season, in HD.

On Sky Sports Football, by comparison, you also get EFL, Scottish Premiership and Carabao Cup games. There are even dedicated LFCTV and MUTV channels for Liverpool and Manchester United football club specific content.

For Sky Sports F1 you get every practice, qualifying and race, live. But go to Sky Sports Racing and this broadens out to include the likes of horse racing.

What is the difference between Sky Sports and the BT Sports add-on?

Sky Sports offers plenty but BT Sport has set itself up in competition, so it has some exclusive rights. As such you’ll either have to pay for BT Sport separately or pay for it via Sky as an add-on to your package.

You can get both Sky Sports and BT Sports with Sky TV for £58 a month for 18 months, or build your own package with BT Sports averaging £27 a month.

Can the USA help Australian rugby league and rugby union?

problems facing next Waratahs coach exposed by loss to Hurricanes