The Cardiff Blues winger notched a stunning hat-trick of tries as the defending Grand Slam champions swept aside the Azzurri 42-0 in Cardiff, and besides topping the try-scoring ranks he also equalled the most try assists on the Championship’s opening weekend, with two.

His impressive performance was suitably rewarded with a massive 108.8 points, ahead of fellow countrymen Leigh Halfpenny (79.2) and George North (91.5) who also made the top Fantasy Rugby XV backline.

Justin Tipuric was named the official Guinness Player of the Match in Cardiff for a typically battling display at flanker, and having made 17 successful tackles is named as Wales’ fourth representative in the Fantasy Rugby XV with 70.6 points. 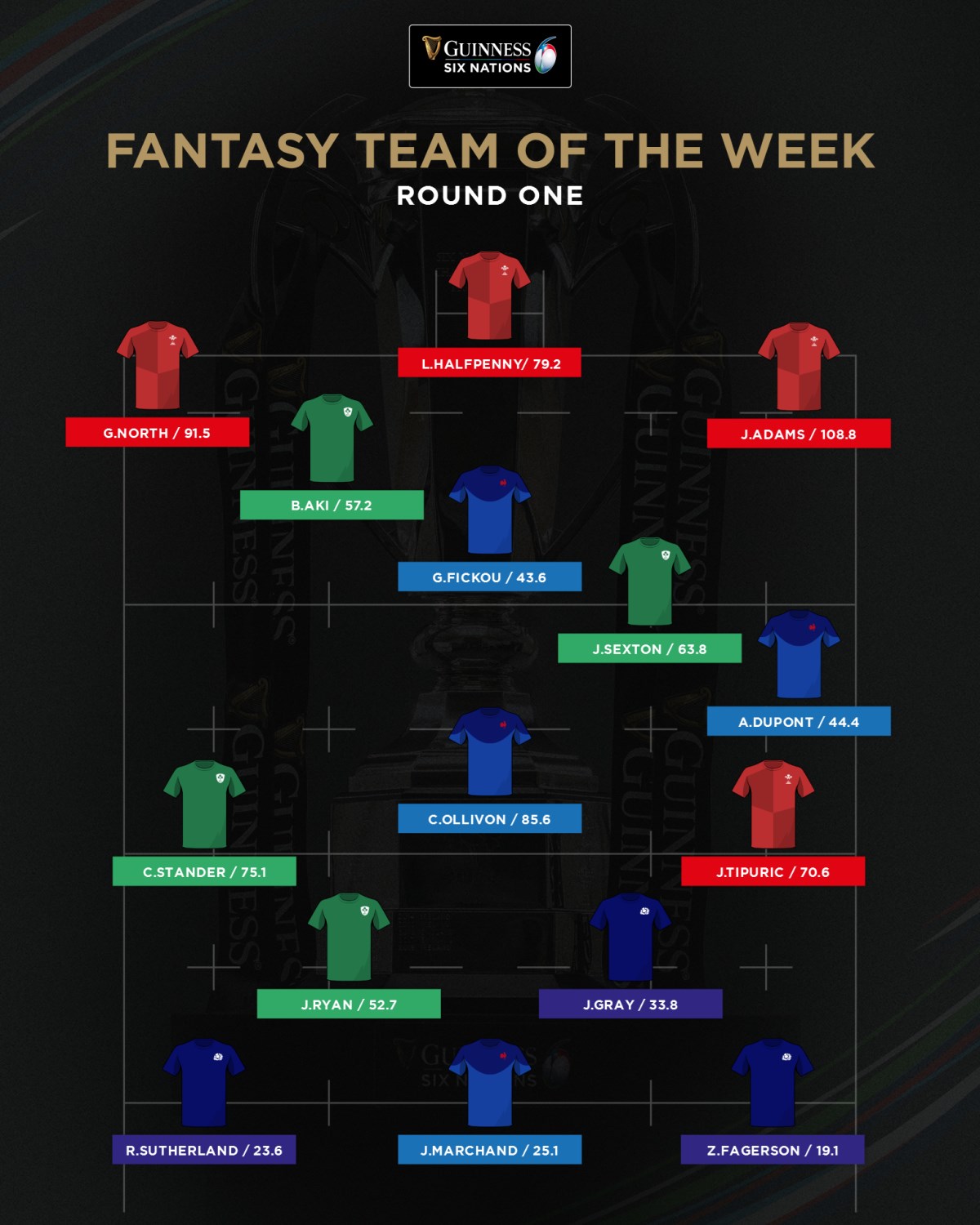 Joining the Ospreys stalwart in the back row are Ireland’s CJ Stander (75.1 points) and France skipper Charles Ollivon (85.6) after both of their teams got off to winning starts against Scotland and England respectively.

Ireland were far from their best and were somewhat fortunate to edge past last year’s fifth-place side, but Stander rose to the occasion after young debutant Caelan Doris was forced off in the game’s early stages.

The Munster star made the most carries of the round (17), while his two turnovers – including one that saved the game late on – made him a valuable Fantasy Rugby pick with 75.1 points.

Elsewhere in the pack, there is further room for Irish representation with James Ryan’s workmanlike effort gaining him 52.7 points, while Bundee Aki claims a spot in midfield with 57.2 points.

New Irish skipper Johnny Sexton was Ireland’s sole scorer in Dublin with a try and 14 points from his boot, and having inspired his team to victory is named at fly-half in the Fantasy Rugby XV with 63.8 points.

Despite having left the Aviva Stadium with only a losing bonus point, Scotland’s determined defensive display sees three of their men earn places in the XV, with Jonny Gray (33.8 points) named in the second row, and Rory Sutherland (23.6) and Zander Fagerson (19.1) as props.

Completing the front row is France’s Julien Marchand (25.1 points), while compatriots Antoine Dupont (44.4) and Gael Fickou (43.6) complete the XV for their part in a stunning win over 2019 Rugby World Cup runners-up England.

Six Nations quiz: How much can you remember from the last 20 years? 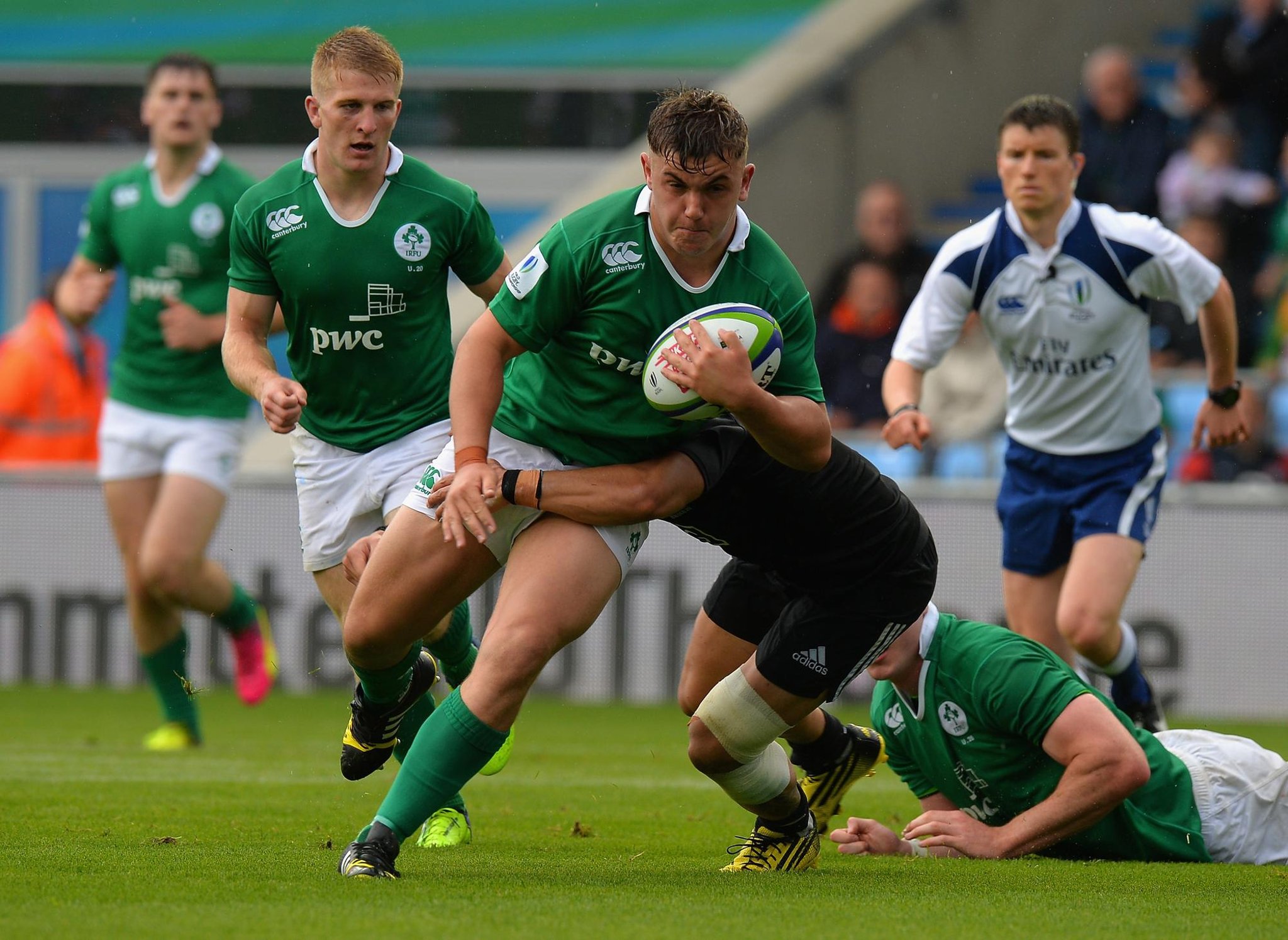 Adam McBurney is the latest name to be added to the touring party, with the Ulster hooker replacing the injured Dave Cherry. McBurney, a former Ireland under-20 international, will join Edinburgh over the summer.

The tour is an opportunity for some of the nation’s most talented youngsters to get experience of international rugby but there are also some left-field call-ups for the matches against England A on June 27, Romania on July 7 and Georgia on July 14.

With Gregor Townsend away on the Lions tour, Mike Blair will take charge of Scotland as interim head coach.

Here are the 18 new faces in the squad:

Born in Canada, Ewan Ashman qualifies for Scotland through his Edinburgh-born father. The Sale Sharks hooker was part of Gregor Townsend’s Guinness Six Nations squad but was not capped. The 21-year-old is a former Scotland under-20 international. In the absence of Fraser Brown and Stuart McInally he is likely to win his first full cap on the summer tour.

Northampton Saints prop Nick Auterac qualifies through his Scottish grandmother. The 28-year-old is a former England Under-20 international and is an experienced club player, having had stints at Saracens, London Scottish, Bedford Blues, Bath and Harlequins before moving to Northampton in January.

Josh Bayliss was called into the Scotland squad for the Six Nations match with France only for the game to be postponed due to an outbreak of Covid in the French camp. The 23-year-old flanker then sustained an injury which ruled him out of the rearranged game. The Bath player is a former England Under-20 international who qualifies for Scotland through his Aberdonian grandmother.

Livingston-born Luke Crosbie has impressed for Edinburgh during a difficult season for the capital club. The 24-year-old openside came through the club’s academy and played first XV rugby for Currie in his formative years. Was part of Scotland’s Six Nations training squad ahead of the 2019 campaign. 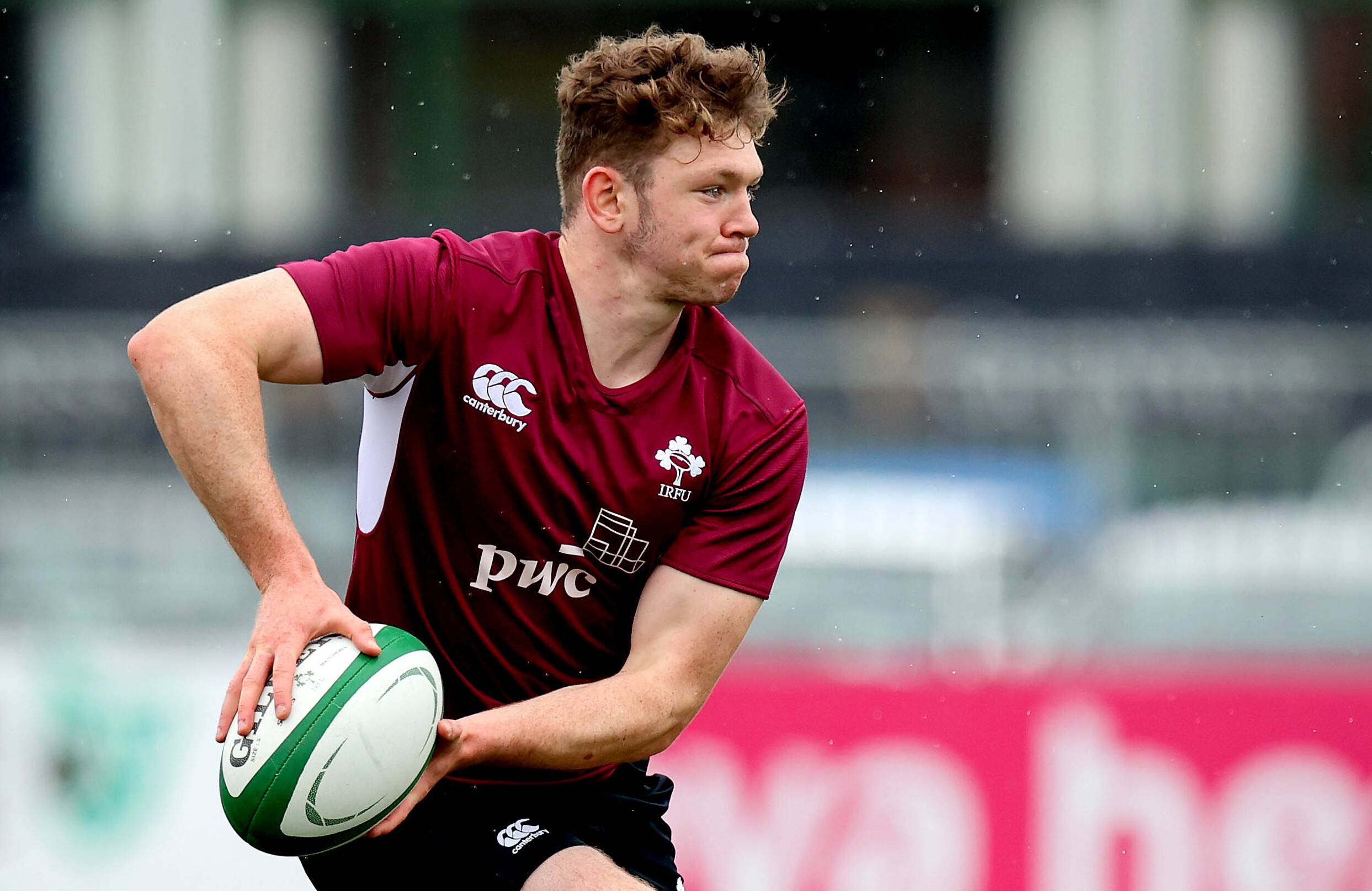 After being named in the squad for the second year in succession, Connacht star Cathal Forde is itching for Ireland’s U20 Six Nations campaign to get up and running this weekend.

Instead of taking place in the normal spring time window, this year’s Championship is being held during the summer months. There will also be a breakaway from the customary home and away format, with all of the games in the competition being played at Cardiff Arms Park, with Ireland’s opening game against Scotland on Saturday (Kick-off 2pm, live on RTÉ 1).

Haven’t played just a handful of games since the 2020 edition of the U20 Six Nations was ground to a halt due to Covid-q9, with Ireland on the cusp of completing back-to-back Grand Slams, Forde and his team-mates will need to be at their sharpest from the word go in the coming weeks.

Beginning with a tricky encounter against Scotland, Richie Murphy‘s Ireland will play five games in the space of 24 days. This could be a difficult schedule to negotiate, but Forde is grateful for the opportunities that are being afforded to this squad.

“I think we’re really just looking forward to getting out there and getting a bit of competitive rugby under our belts. We’ve had five Eagles games and we got a few Sevens tournaments in between the Academies, which was good fun, but that’s pretty much it.”

An alum of Coláiste Iognáid in Galway City, Forde has just completed his first year as part of the Connacht Academy. In the past 12 months, he has worked alongside Mossy Lawler and Colm Tucker, both of whom are set to progress into the western Province’s senior set-up from next season onwards.

Tucker is also a part of the Ireland U20s coaching team and is someone that understands Forde’s game inside and out. 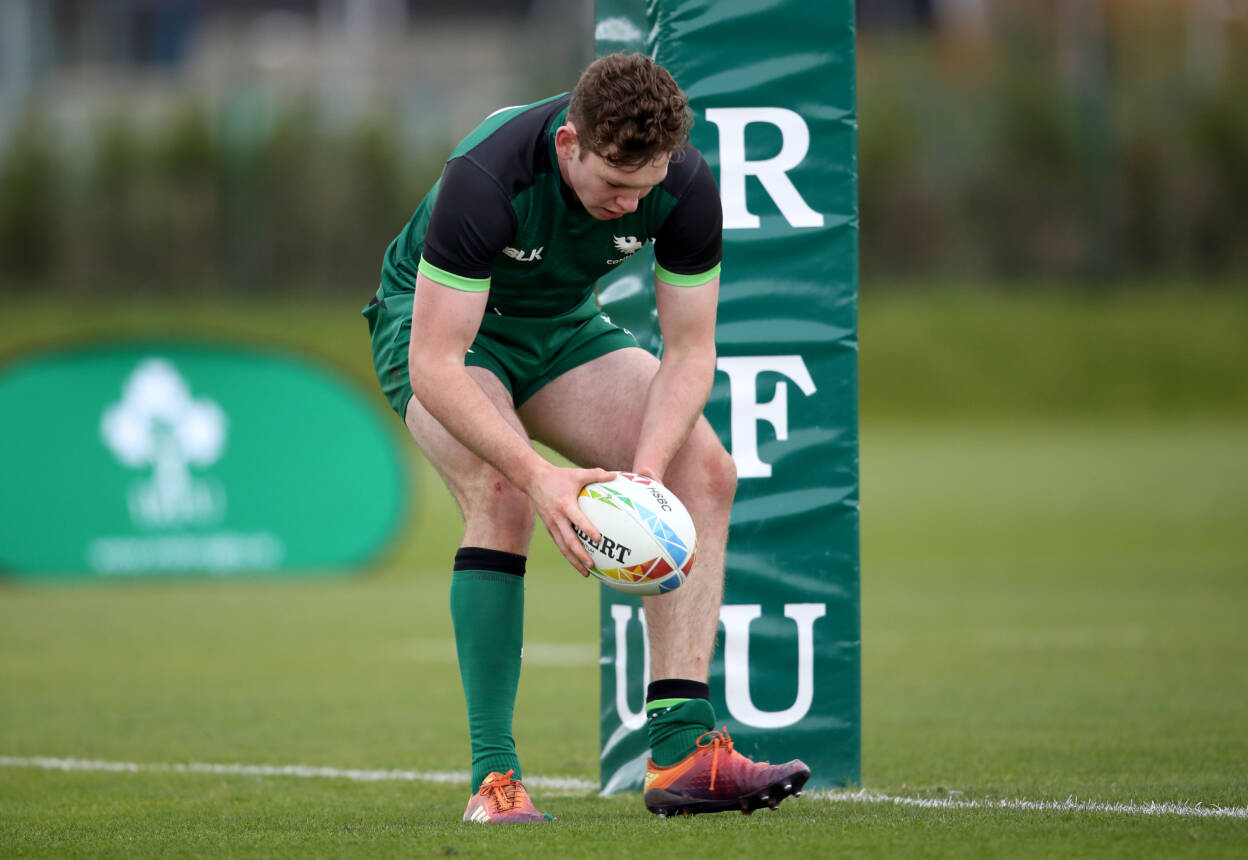 “We would have had him [Tucker] from U17s, myself and a few of the other Connacht lads here. It has been good to have a familiar face in the coaching staff. Obviously he was here last year and he has massive experience at this level.”

Despite being in last year’s squad, Forde is yet to make a debut competitive appearance for the Ireland U20s. However, with the playing personnel having changed so rapidly in the meantime, he is expected to play a substantial role in green over the next few weeks.

Whereas Noel McNamara was at the helm in 2020, Murphy is the man in the hot seat for the upcoming campaign. As Ireland’s senior skills and kicking specialist, the Wicklow native is more than just a Head Coach for Forde, who has proven himself to be an adept place-kicker at a variety of different grades.

“Obviously his knowledge of the technical aspect of it [kicking] would be massive. He’d help myself and the other 10s, and those in the back field, with that,” Forde added. 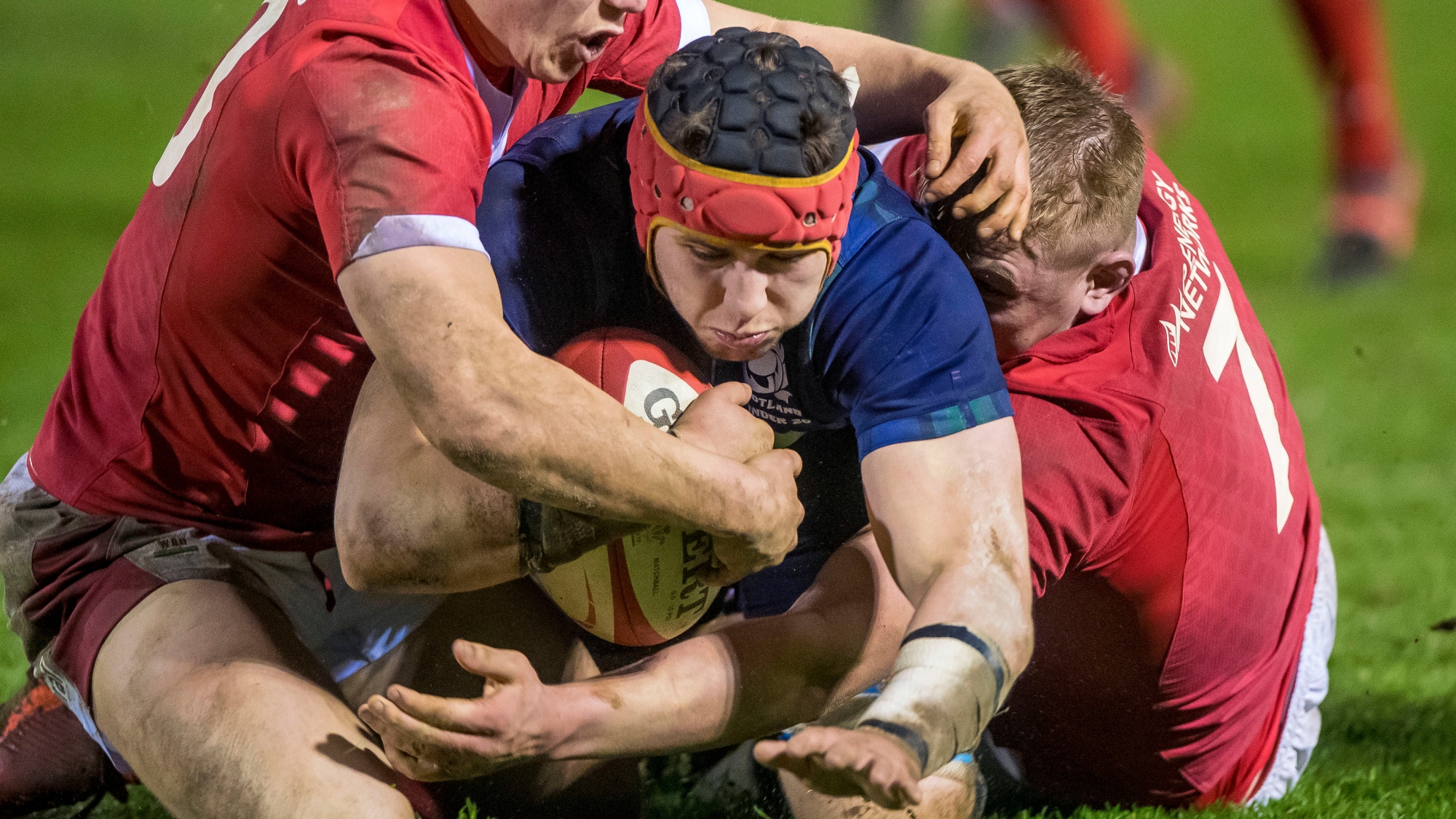 Cardiff Arms Park plays host to every fixture of this year’s Championship, with 2pm, 5pm and 8pm kick-offs set to get the action underway with a bang.

Ireland jet across to defend their title from 2019 but the other five nations will be snapping at their heels when play commences, as Europe’s finest young rugby talent look to show what they can do on the international stage.

Richie Murphy’s Irishmen will be looking to get off to the perfect start against Scotland in the Championship curtain raiser, before England take on France and hosts Wales play Italy.

Exploring the family connections in the Six Nations Under-20s

Every match will be broadcast in Six Nations territories either on terrestrial TV, broadcaster streaming platforms or via Six Nations digital channels.

As anticipation builds ahead of kick-off, here’s how you can keep up with all the action from home if you’re in the UK or Ireland.

If you’re based in the UK, BBC iPlayer will be showing the Scotland v Ireland match as part of the BBC’s package to broadcast every game in the 2021 Championship.

RTE will show all of Ireland’s matches to fans in the Republic of Ireland, and this one can be found on RTE One.

BBC iPlayer is again the place to go for UK-based supporters as England look to get their Six Nations Under-20s campaign off to the best possible start.

Fans in Ireland will be able to catch the action on YouTube and Facebook Live, as with all games not involving Murphy’s men.

As well as being screened live on the iPlayer, Wales’ first match of the Championship will be broadcast on BBC Two Wales.

USA’s “Rugby 7” player from Burlington trains for the Olympics

Barcelona to Host One of the Youngest Sports