The big-name players were back, along with swollen grandstands, but the referees were in no mood to celebrate as Super Rugby completed its return in stop-start fashion.

A 30-20 victory for the Blues over the Hurricanes at a sold-out Eden Park on Sunday rounded out the inaugural weekend of Super Rugby Aotearoa.

It was a second result to delight home supporters after the Highlanders pipped the Chiefs 28-27 in Dunedin a night earlier – the first match since the country emerged from its COVID-19 lockdown.

While the national sport’s return and presence of crowds was widely heralded, the influence of match officials soured both games and may prompt administrators to rethink their approach.

A total of 61 penalties across 160 minutes of play was the result of a NZ Rugby edict that referees crack down on breakdown and off-side indiscretions. It was hoped compliant players would induce a free-flowing game but instead frustration dominated, particularly with attacking teams regularly penalised. 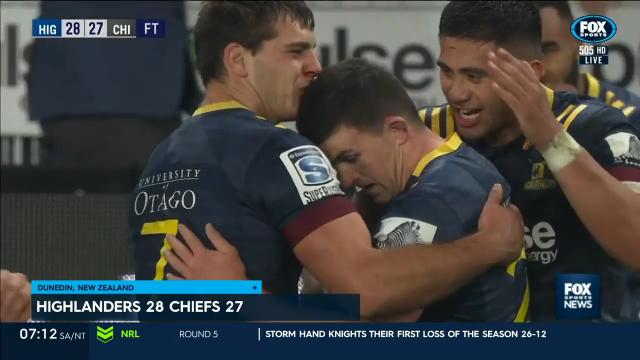 “We just have to be very careful that we still want teams to have the confidence to play,’‘ Gatland told reporters.

“If there are too many turnovers, what we are going to see happen is we are going to end up with a bit of a kicking-fest where teams will say ‘we won’t play any rugby in our own half’.”

Both teams scored three tries each in Auckland but a six-from-six goalkicking return from Blues five-eighth Otere Black proved the difference in front of 43,000 fans, the biggest crowd at a Kiwi Super Rugby game for 15 years. 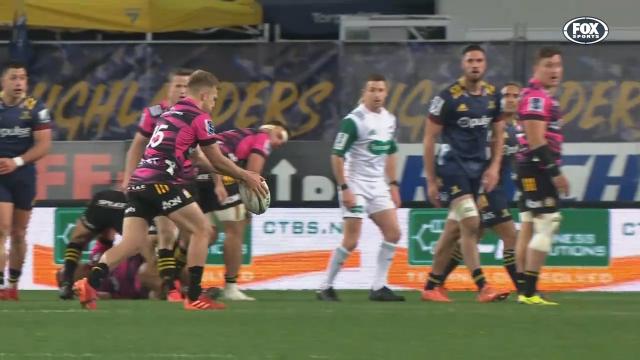 The performance of Black and rising No.8 Hoskins Sotutu overshadowed the long-awaited Blues debut of All Blacks star playmaker Beauden Barrett. The most prominent moment for somewhat muted fullback Barrett came when he was roughed up in friendly fashion by several of his former Hurricanes teammates after Dane Coles crossed for the visitors.

Ten-time Super Rugby champions the Crusaders sat out an opening-round bye and will open their campaign against the Hurricanes in Wellington next week while the Chiefs will host the Blues. 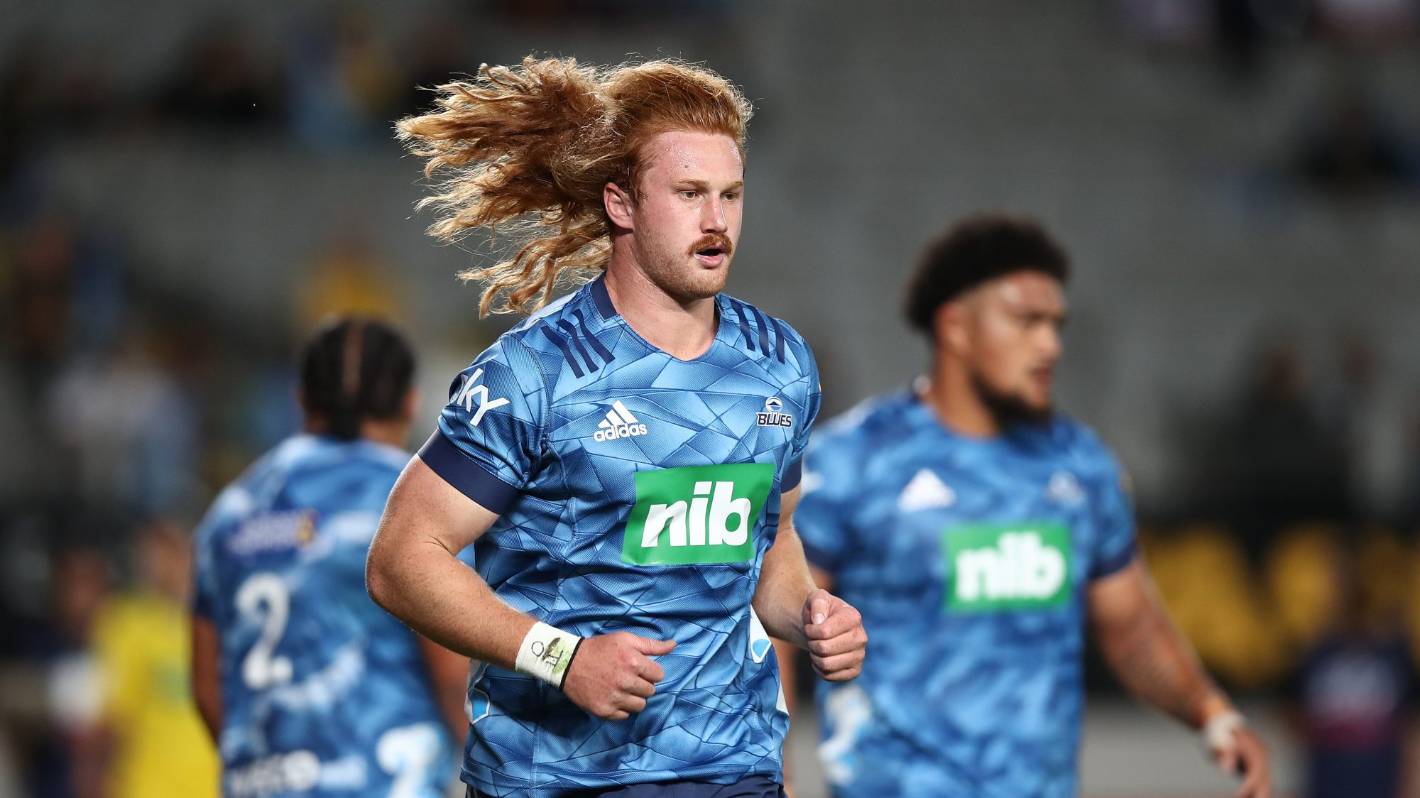 So much of the talk is of how dominant the Kiwi teams are about to be in Super Rugby Trans-Tasman. The bookies are convinced it’s going to be one-way traffic, and many of the pundits share that view.

History backs them up too. The Aussies’ record against Kiwi opposition in Super Rugby is abysmal. At one stage in 2018 New Zealand sides had ridden a 40-game winning streak over their trans-Tasman rivals until the Waratahs snapped it with a victory over the Highlanders.

But don’t tell the Blues this competition is about to be a Kiwi procession. They’re having none of it.

After a so-so season, the Rebels start against the Blues in Melbourne as Super Rugby Trans-Tasman gets under way.

For starters, New Zealand rugby’s most enigmatic franchise are in no position to assume any ascendancy over anyone heading into a competition they are viewing as a royal chance for atonement.

The Auckland-based outfit, who took a decided step backwards in the recently completed Aotearoa competition when they missed the final on a 4-4 record, head into their Trans-Tasman opener against the Rebels in Melbourne on Saturday night well aware of the challenge they face.

“I reckon the bookies are crazy, eh,” said Blues captain Tom Robinson of the oddsmakers having Australian team as heavy underdogs in all five matches. “All the footage we’ve seen of the Aussie teams, they are good. From past experience I reckon they’re more physical than playing the South Africans.

“We’re expecting the intensity to be even higher than the New Zealand competition. That’s the mindset we’re bringing anyway.”

It’s a smart approach from the Blues who were, by their own admission, disappointing in Aotearoa. Many of their old habits crept back in as they slipped back into one step forward, one step back mode. Discipline, efficiency, execution were all sub-par, and even their vaunted pack had their issues stamping their authority when it mattered through the Kiwi competition.

But the Blues see this as an exciting second bite at the cherry. It’s a fresh competition, with different opponents, a new trophy at stake, and a final to win a place in. They are pledging, too, to play with the proverbial chip on their shoulder as they seek to prove a few points to their doubters, their fans and to themselves.

“We’ve had some pretty honest conversations over this last week,” added Robinson who will start at No 6 on Saturday night. “We feel like we’ve set that foundation for us to win this competition.

“We weren’t happy with how we went in the Aotearoa comp. I think we were guilty of thinking we’d just roll through on the back of what happened last year. But we’ve had those tough conversations with ourselves and we’re here to do the business.”

The Blues are not too sure what to make of their opponents on Saturday after the recent upheaval that saw head coach Dave Wessels and assistant Shaun Berne both quit after their own disappointing fourth-placed finish in Super Rugby AU.

Defence coach Kevin Foote takes the reins as interim boss, leaving the Blues a little wary of the Rebels that will run out at AAMI Park on Saturday evening (9.45pm NZT kickoff).

“We know when there is a shift in management people come out trying to prove a point,” said Blues assistant coach Tana Umaga before departure for Melbourne. “They’ve been hit with a lot of injuries, and guys are getting opportunities. They’re at home and they will want to start this competition on the best foot, as well as for the new coaching staff.

“We’ve got to make sure we tick all the boxes we’re looking at and go over there with the mindset we want to take the lessons from Aotearoa, and also the good stuff, and put it on the park.”

“We’ve been trying to anticipate all kinds of things they might throw at us because we just don’t know. The style they had in the previous competition might be different. What they will bring is intensity. They’ve got a point to prove, just like us … that chip on your shoulder.

“We owe it to ourselves, our fans, our families and our club to make sure we’re consistent in what putting out there.”

The Blues are missing a few key men, too. Patrick Tuipulotu and Dalton Papalii are still out with neck and knee injuries respectively. And Caleb Clarke has departed for his tilt at Olympic sevens gold. Alex Hodgman remains on suspension.

There is some freshness to the back three, with rookies Zarn Sullivan and AJ Lam given deserved cracks, while Marcel Renata gets a rare chance to start at tighthead prop, with All Blacks Ofa Tuungafasi and Nepo Laulala tasked with helping talented young hooker Soane Vikena in his early steps at this level off the bench.

The Rebels have won three of their seven matches against the Blues, including their last clash, 20-10 at Eden Park in 2018.

However the Melbourne side has won just three off its last 19 matches against Kiwi sides while the Blues have won six of their last eight against Aussies.

Both sides will be desperate to start this new competition well. Only one will likely walk off on Saturday night with that satisfaction.

Super Rugby fans are ready for something different 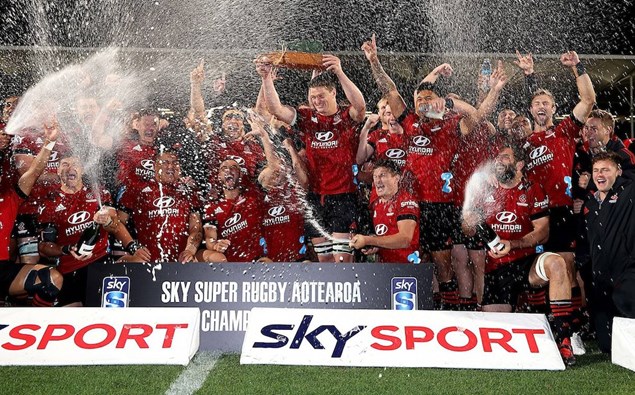 Of course, it’s all thanks to getting this bubble with Australia off the ground, but that hasn’t been without its issues.

”I think there’s intrigue and an unknown element to the Transtasman competition, we haven’t played our Australian counterparts for the best part of 15 months. The Australian teams made a really strong start to the pre-Covid Super Rugby last year, so I think people are up for something different.” 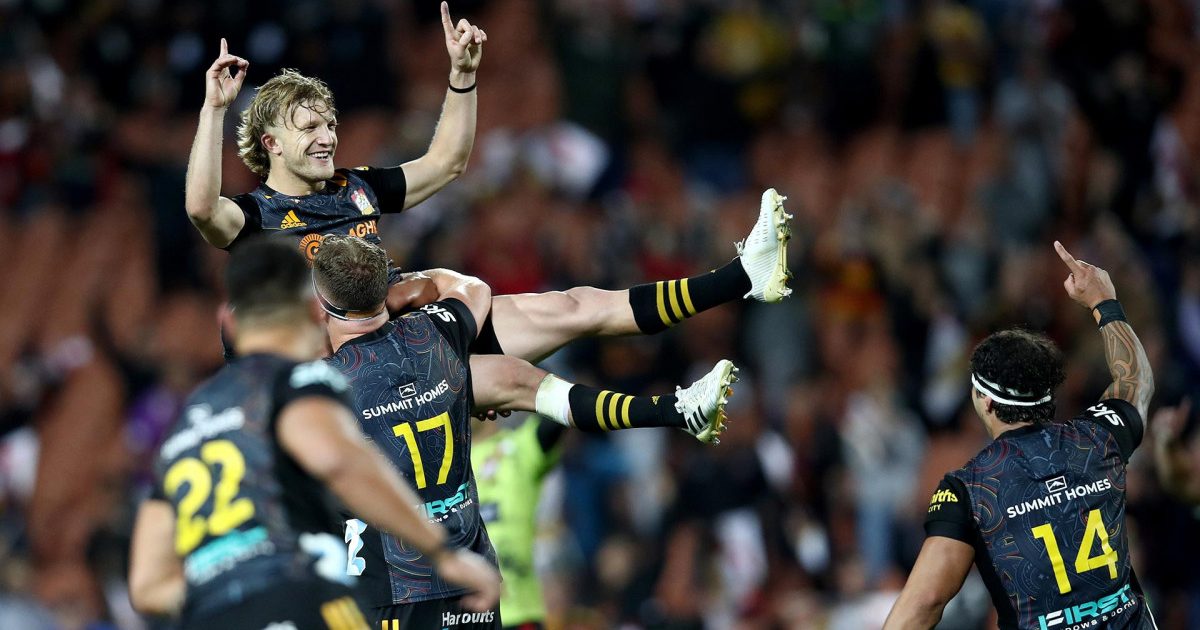 RugbyPass and New Zealand Rugby (NZR), along with Rugby Australia (RA) have agreed a new partnership to offer the Super Rugby Trans-Tasman competition on a new streaming service for the 2021 competition.

The service is set to launch on Friday 14th May and will be the exclusive destination for the Super Rugby Trans-Tasman competition in over 60 countries including the UK and Ireland.

The new partnership between RugbyPass, NZR and RA will allow rugby fans to access live streaming of all 26 matches across five rounds and the final of the competition through to its culmination on 19th June.

The service will feature both the New Zealand and Australian Super Rugby teams with live matches, full replays, highlights and expert opinion and analysis from the RugbyPass team.

RugbyPass CEO, Neil Martin, commented: “RugbyPass are immensely excited to announce the partnership with NZR and RA and to be able to bring Super Rugby Trans-Tasman to the RugbyPass platform. The new streaming service means rugby fans across the globe will now be able to watch and enjoy all the games, and more, throughout the competition. RugbyPass is committed to providing fans with the content they desire and will continue to stive to give them access to all major competitions.”

New Zealand Rugby CEO, Mark Robinson, was equally passionate: “We know there are rugby fans around the world who will be following Super Rugby Trans-Tasman and we are delighted to partner with RugbyPass to deliver our competition to a global audience. The rugby will be fantastic, our players can’t wait for kick off and it’s great to have an easy and accessible way to share all the action with the world.”