Using this tool will set a cookie on your device to remember your preferences.

Necessary cookies enable basic functionality on our sites such as page navigation, access to secure areas, authenticating logins, and the delivery of other core functions. This category of cookies cannot be disabled on our sites. You can set your browser to block or alert you about these cookies, but some parts of these sites will not then work.

The cartoon joke that Woodward tried to make real in football

Ex-England rugby coach Clive Woodward has reflected on his bizarre year in football’s Premier League, the 2003 World Cup winner linking up with Southampton in 2005 as part of a long-term plan to become performance director of the England Football Association. Woodward had been approached by FA CEO Mark Palios and the idea was for Woodward to be appointed along with Gerard Houllier coming in as technical director.

Woodward, though, wanted to spend a year in club football to complete his badges and learn the ropes before making the step-up with the national association and that colourful adventure has now been recounted at length in an interview with The Athletic which begins with a humorous recollection of a back page newspaper jibe on the day that he joined the Saints in July 2005 after he had finished up with the Lions tour in New Zealand.

“On the back of the local paper the day I joined Southampton there was one of my all-time favourite cartoons,” remembered Woodward in the interview introduction in The Athletic. “There was a corner kick and two guys were lifting Peter Crouch like a second row in rugby. My immediate thought was, ‘Can you do that? Can you actually lift someone up?’. Nobody has been able to answer me to this day.

“I’m thinking that if we had a guy who was as good as Jonny Wilkinson at taking a corner and we could get a touch off someone like Crouch who we would lift in the air, then we are going to gain an advantage. This all came from a cartoon that was taking the piss out of me. But I’m sat there thinking it could actually work.”

The FA’s long-term plan for Woodward was ultimately scuppered by Palios getting sacked before the time arrived to unveil the Woodward/Houllier partnership. “Trevor Brooking said, ‘This idea with Palios is gone. I don’t think football’s ready for you’,” recalled Woodward about how the idea didn’t work out as envisaged.

“I wanted us to lift Peter Crouch up at a corner like a second row in rugby.”

One thing the 2003 World Cup-winning rugby coach did pick up on, though, was a stark difference in how footballers and rugby players communicated in certain surroundings. “What I found in football was that during meetings, players wouldn’t say a word. They didn’t want to be seen putting their head above the parapet. In the modern language, that’s called ‘psychological safety’,” he explained in the interview.

“If you want to be a top coach or manager, you have to create an environment in the dressing room that allows players to feel confident enough to speak up and disagree with the manager. That is totally healthy. I was able to deliver that in rugby, but I never saw it in a football team. The players didn’t want to say a word.

“I remember Theo Walcott and his parents came to my house for dinner and you couldn’t shut them up. Stick them in a dressing room with other people and they go quiet. A few years ago (then-Bournemouth manager) Eddie Howe invited me down to speak to his team, which was fantastic, and I was hoping for loads of questions. But I hardly got any. Nothing has changed.”

The ex-England boss has issued his response after Erasmus claimed: “I wouldn’t listen to too much of Clive Woodward”#LionsTour2021 #LionsRugby #RSAvBILhttps://t.co/RJm6ex6FiB

The All Blacks won’t run onto the pitch at Wellington’s Sky Stadium this year, following an announcement on Tuesday. (File photo)

Wellington has lost its two All Blacks test matches of the year, with fixtures against the Wallabies and Argentina being moved elsewhere due to the closure of the trans-Tasman travel bubble.

The revised schedule means Wellington will no longer host its Rugby Championship test match between the All Blacks and Argentina set down for September 18.

The last year Wellington went without an All Blacks test was 2015 when the reigning world champions were preparing for the Rugby World Cup defence in England.

READ MORE:
* Venue for Bledisloe Cup II to be known soon as stadium sought for All Blacks test
* All Blacks lock in Bledisloe I, but in a froth over Wellington followup and Argentina tests
* All Blacks’ Bledisloe Cup tests up in the air after government pauses travel bubble

Sky Stadium chief executive Shane Harmon said while he was aware of the possibility the tests might be moved over the past few days, the final decision – which he described as “one of the unavoidable consequences of Covid” – wasn’t delivered until Tuesday morning.

“It’s just been another casualty in another brutal year of events and frankly, none of this has been a surprise given the number of cancellations we’ve had to date.

“Even when bigger events are announced, you do – in the back of your mind – wonder whether they’re going to happen. A test match for Wellington is still the iconic sporting event of the year, so very, very disappointed for all the ticket-holders, the Wellington hotel and hospitality industry,” Harmon said.

When asked about the financial cost of the two test loss would be to the stadium, Harmon said he was yet to run the numbers. However, Harmon said he “didn’t entertain” moving the two-day Beervana craft beer festival to accommodate the Bledisloe Cup.

Ticket sales for the Australia-New Zealand match were sitting around the “mid to high 20,000s” with Harmon confident all 34,500 seats would’ve been sold come kick off.

WellingtonNZ chief executive John Allen said All Blacks’ tests pumped $6 million to $8m into the local economy, and losing both tests was a “significant economic blow for Wellington”.

“Tests against Australia are generally at the higher end because fans know an All Blacks v Wallabies match will be a fast-paced competitive environment. They attract thousands of people from out of town, who make a weekend of it staying in hotels, shopping and enjoying themselves in our eateries and bars,” Allen said.

New Zealand Rugby chief executive Mark Robinson​ said while the organisation was pleased to have some certainty around venues, it had come at the capital’s expense. However, Robinson was adamant the All Blacks will return to Wellington next year.

“We feel for our Wellington fans who will miss out on two tests … Sky Stadium, Wellington Rugby and WellingtonNZ did everything they could to try and keep the test in Wellington, but ultimately we needed to play on Saturday, August 14, and we had to make the difficult decision to shift the match to Auckland.

“It is particularly disappointing we will not be able to play in Wellington this season, and we share the disappointment of fans, the venue and the city, but at short notice following the closure of the travel bubble with Australia it just proved too difficult,” Robinson said.

The eight-week pause to the travel bubble meant it was not possible for the Argentinian rugby team to get into the country, with the two tests now set to be played in Australia. Details of the matches will be announced by SANZAAR “in due course”.

Fans who have tickets to either match will receive a full refund, and should expect to be contacted by the relevant ticket providers soon.

One of the consequences of the Duke and Duchess of Sussex’s decision to step back as working royals is the question over what will happen to the royal patronages they once held. Now it’s been reported that Prince Harry’s sister-in-law, the Duchess of Cambridge, is to step in to help address some of the vacancies, by becoming patron of the Rugby Football Union (RFU) and Rugby Football League (RFL).

According to the Sunday Times, an announcement is expected in the coming months – in the run up to the rugby league World Cup in October and November – confirming that Kate will take on the RFU and RFL patronages formerly held by her brother-in-law.

It will be a fitting role for the Duchess, as an ardent sports enthusiast, who is already royal patron of a number of sport-related organisations: including SportsAid, The All England Lawn Tennis and Croquet Club and The Lawn Tennis Association. Just last month, Kate was in attendance at the Wimbledon Women’s and Men’s Singles Finals, as well as the UEFA Euro 2020 Final, where she joined her husband and eldest son, Prince George, both of whom are passionate football fans.

Rugby is another sport that holds a place in the Duchess’s heart, as she grew up watching it with her family. In Vanity Fair in 2014, Kate’s younger sister, Pippa Matthews (née Middleton), revealed: ‘Rugby was a big thing in our family… We’d plan our weekends around the matches… If we lost, my dad would be in a state of despair for the rest of the afternoon, as if he’d actually lost the game himself.’

The Duchess previously attended the Rugby World Cup in 2015 and watched France play against Wales during a Six Nations match in Paris in 2017. The Duke of Cambridge is currently patron of the Welsh Rugby Union – meaning there could be some healthy husband-and-wife competition on the cards in upcoming England vs Wales rugby games.

Harry was previously vice-patron of the RFU from 2010 until 2016, before taking over from the Queen as a patron of both the RFU and RFL. He held the role for five years before his departure as an official Royal Family member, following which the Duke and Duchess of Sussex were both required to relinquish their patronages tied to the Crown.

A history of the Royal Family and the Wimbledon championships

Subscribe now to get 3 issues of Tatler for just £1, plus free home delivery and free instant access to the digital editions

In order to see this embed, you must give consent to Social Media cookies. Open my cookie preferences. 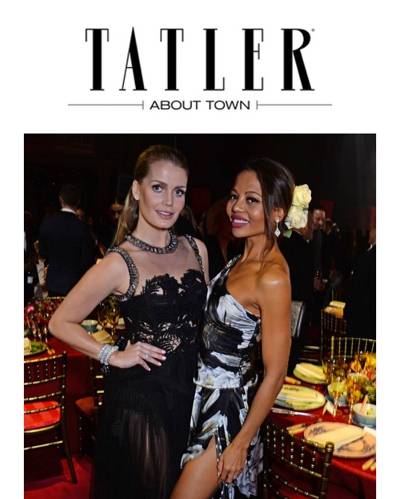 Sign up to the Tatler About Town newsletter to receive the latest party pictures, fashion inspiration and royal news straight to your inbox.

Thank You. You have successfully subscribed to our newsletter. You will hear from us shortly.

Sorry, you have entered an invalid email. Please refresh and try again.

The cartoon joke that Woodward tried to make real in football