We use cookies to ensure that we give you the best experience on our website. If you continue to use this site we will assume that you are happy with it.Ok

How Gallagher Premiership teams coped with the chaos 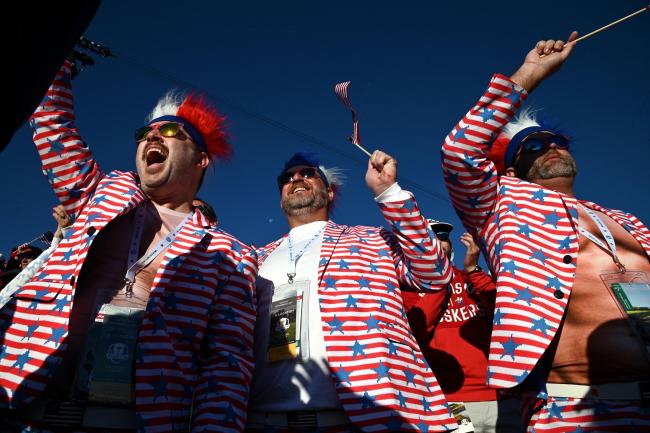 USA fans had plenty to cheer at the Ryder Cup

The Ryder Cup took centre stage this weekend, and it was a dominant performance from the USA at Whistling Straits.

Lewis Hamilton claimed a landmark victory at the Russian Grand Prix but Anthony Joshua suffered a painful defeat at the hands of Oleksandr Usyk while there were some big stories in the Premier League.

Get involved with the news in your community

Why 2021 could be the hardest competition ever won

Whichever coach is ultimately crowned the champion on Sunday night, they may one day look back on it as their greatest achievement.

At the conclusion of Preliminary Final weekend, the quartet of coaches that entered had a combined for total of exactly 1400 wins. That’s a lot of team victory songs.

Ivan Cleary and Wayne Bennett have had to do it the hard way, and the teams and coaches they beat to get there weren’t exactly slouches.

On the top of relocations due to COVID, here is a look at the difficulties faced in 2021 from both coach’s perspective.

Ivan’s Panthers have had to go the long way home. His son, Nathan, has been nursing a shoulder injury, and star winger Brian To’o has his own battles.

Add in the tough slogs against two professional sides in Parramatta and Melbourne, they may have had the two hardest weeks in premiership rugby league history.

For Ivan, if he is to get the job done, he will need to have won consecutive games over Craig Bellamy and Wayne Bennett. That’s easier said than done.

For Wayne, at the start of the year, many were tipping the Bunnies to go all the way.

This was largely due to the fact they went so close last year and did it without Latrell Mitchell, and that this year they would have him and that would make all the difference.

Well, Latrell got suspended and so did the enthusiasm for the Rabbitohs to win the competition.

How many teams win premierships with their best player on the side lines come Grand Final day?

Any other club choosing not to re-sign a club legend like Adam Reynolds would find it almost impossible to get things on track, but Wayne has turned it into his advantage.

Their Grand Final opponents are Penrith, and while some would say that’s a better result than facing Melbourne, you’ve got to remember the Panthers handed them a 50-point trouncing just this year.

This could really be the hardest premiership ever won.

Exeter Chiefs had looked set to bounce back from the previous weekend’s defeat at Leicester Tigers when they made their way to a 24-17 lead.

But Saints kept fighting, and they eventually grabbed the victory, their second in as many matches this season, thanks to George Furbank’s nerveless late penalty.

And Exeter boss Baxter said: “The reasons for winning and losing never change despite what happened in the last few minutes.

The i newsletter cut through the noise

“That said, it was certainly better than last week but we just saw multiple small mistakes all add up to hurt us at the end.

“We managed to make four or five pretty poor mistakes in a row to concede the last penalty in the game and then the result is gone.

“The last five minutes of the game is a bit like how the start of our season has been.”

While Saints were without the likes of Courtney Lawes and Dan Biggar, Exeter were missing men such as Sam Simmonds, Jonny Gray and Stuart Hogg.

And Baxter said: “If I was another coach I would be looking at us as very vulnerable, that is what the results and performances are saying.

“At the end of the day we are going to go to Sale (next weekend) without a hope of winning aren’t we?

“That might be a nice position to be in.

“It is not just that we are missing the Lions – we have got Dave Ewers out, Jacques Vermeulen out, we have got that next line underneath those British and Irish Lions internationals who are not there either.

“That said we have got some good players out there who have played Premiership rugby for us and they are probably a bit distraught to hear me say this but as a group they are not delivering what we would normally expect from that back five of the scrum.”

Snyman may not be rushed back to Boks

IRFU has to share blame for women’s tearful exit