Each day at Pundit Arena, we’ll give you a brainteaser question and you have to guess the correct answer before the time runs out.

You have a full five minutes to try to answer the question.

Fans of southern hemisphere rugby should find this one easy enough 👇https://t.co/4sbq0ccFeq

The Pundit Arena Daily Sports Brainteaser for day 217 is:

Who are the two players from Northern Ireland to have won a Premier League winners medal?

If the brainteaser does not load above, just click here.

If you enjoyed that Pundit Arena brainteaser, why not try some of our other quizzes, just click below.

Name Every Irish Rugby Captains Between 2000-2020
World Rugby Young Players Of The Year
Ireland Starting XV Which Beat France In 2000 Six Nations
Ireland’s Win Over England On St Patrick’s Day 2018
Quiz: Can You Name Ireland’s Starting XI From The Playoff Victory Over Iran in 2001?
You Have Five Minutes To Solve This Premier League Brainteaser
Quiz: Name The Liverpool Players With The Most Premier League Goals This Decade
Quiz: Name The Man United Team That Beat Barcelona In the 2008 Champions League Semi-Final
Quiz: Name The Top 10 Scorers In The History Of Championship Football
Quiz: Name The Top 10 All-Star Award Winners In GAA History
Quiz: Name Every Young Hurler Of The Year From The Last Decade
Quiz: Name 3 players who’ve scored a hat-trick in the Champions League, Premier League & FA Cup
Quiz: Can you name the most expensive forwards in football history?
Quiz: Name the players from these countries to have made the most appearances in the Premier League
Quiz: Name the Ireland players who earned the most caps between 2010 & 2020


Oisin McQueirns is a digital journalist at Pundit Arena. Massive fan of Leeds United, Ric Flair and Trusting The Process.

Contact him here oisin@punditarena.com
View all posts by Oisin McQueirns

Edinburgh and Glasgow at crossroads ahead of of 1872 Cup

Hosts Italy, Spain and Scotland and Ireland are all locked on five points ahead of the final round of fixtures.

The top side progresses to the finals in New Zealand and the runners-up qualify for the Repechage tournament.

Ireland lost their opening game to Spain but hit back with victory over hosts Italy on Sunday.

A win over Scotland would book their place in the top two positions however automatic World Cup qualification will depend on Italy’s result against Spain, which takes place prior to the showdown between the Six Nations rivals.

The Italians currently hold a 10-point advantage over Ireland which keeps the hosts top of the standings ahead of the final round of fixtures.

Griggs has kept faith with the team which defeated Italy on Sunday as Eimear Considine, Amee-Leigh Murphy Crowe and Beibhinn Parsons continue in the back three, as Eve Higgins and Sene Naoupu are named at centre and Ulster’s Kathryn Dane and Stacey Flood continue their half-back partnership.

Laura Feely, Cliodhna Moloney and Linda Djougang pack down in the front row, with Nichola Fryday partnered by Sam Monaghan in the second row once again. Dorothy Wall starts at blindside flanker, with Edel McMahon at seven and captain Ciara Griffin at number eight.

There is one change on the Irish replacements bench as Lucy Mulhall, who made her debut against Spain in the opening game, replaces the injured Enya Breen in the matchday squad.

“It has been another good week of preparation, and the group have maintained that laser-focus on the task ahead,” said Griggs.

“We’re under no illusions of the challenge facing us but also the prize on offer, and have not shied away from embracing the pressure Saturday will inevitably bring.

“We have received huge support from home throughout this tournament and are looking forward to having more green in Parma on Saturday. Hopefully we can deliver the result we’re all striving to achieve.”

A former head boy, Wilson took time out of training with Newcastle Falcons to present the prizes to students at Kirkbie Kendal and explain how its ethos helped him to achieve his dream of being part of a Six Nations winning England Rugby team.

Headteacher Mark Harris thanked students, parents and staff, and commented: “It has been another unusual year for all of us.

“For the second year running our students, parents/carers and staff have been magnificent in their adaptability and resilience in the face of the global pandemic.”

The school has a strong sporting tradition and it was fitting that Wilson should award prizes to Billy Blaydes (Y12) who competed in Junior Wimbledon this year and Caitlin Whitehead, who has played golf for England in competitions around the world despite the challenges of the pandemic.

Other starring athletes include Freddy Blaydes (Y10) who has competed in International Tennis Federation competitions around the world.

In football Clara Samson (Y10), playing for Blackburn Rovers U16, has helped them to win the North West league, Abbie Jones (Y11) has just signed for Preston adults and Aaliyah Pearson (Y7) has again been signed by Manchester United’s academy.

Despite the difficulties of lockdown, the school undertook remote learning as the mainstay of their provision for a third of the year.

Students did not sit normal exams but Year 11 and 13 were praised for their grades this year and throughout their school careers. 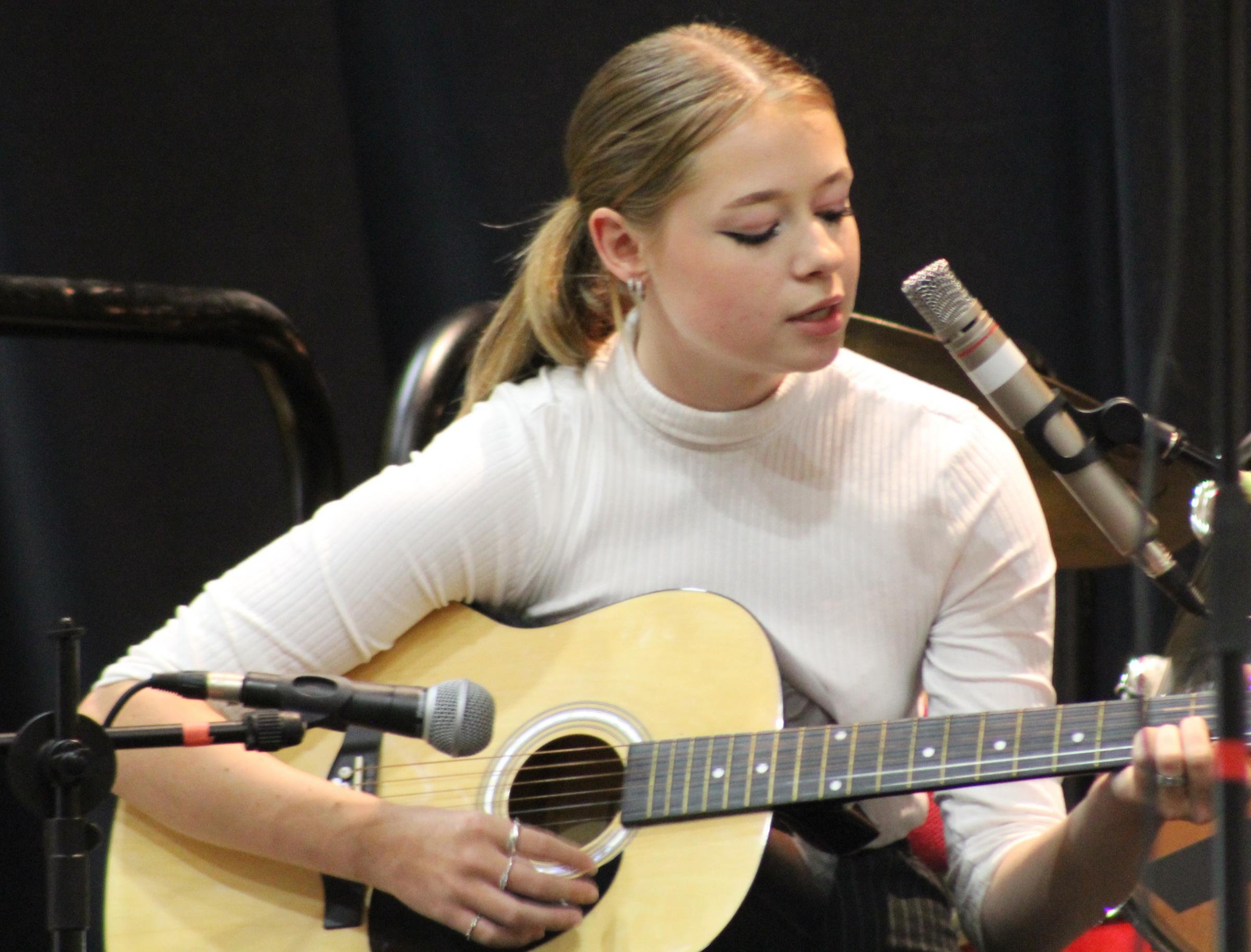 Mr Harris added: “Equally important is the celebration of our students being well-rounded, caring, courteous and considerate young people.

“Students in all years have consistently demonstrated their considerate and caring attitudes, particularly in their support of one another during the national lockdown and our period of remote learning.”

Students have worked on projects for Young Minds, Papyrus, and Children in Need.

Mr Harris added: “The school council has organised collections for the Kings Food Bank. Students have made a significant, positive contribution to the environment by increasing school recycling and raising environmental awareness.”

Jasmine Joyce: Why Wales’ most exciting rugby player will soon have to go back to the day job

Ruggerfest back in Aspen after year off, McIntyre among rugby HOF inductees