The Prime Minister will join Rugby World Cup winners Melodie Robinson, Dr Farah Palmer and Dan Carter as special guests drawing the balls for the ninth edition of the showcase event. Robinson will be a representative of the Rugby World Cup Board, having recently been appointed to the board. 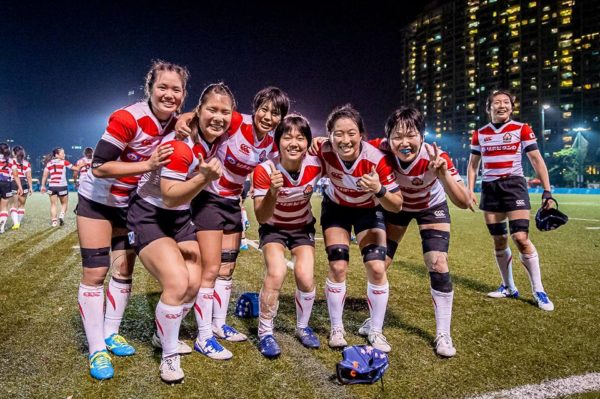 The event, hosted at SkyCity Theatre in Auckland on Friday, 20 November 2020, will be broadcast live on SPARK and live streamed on World Rugby digital channels from 07:15 NZT / 18:15 GMT (Thursday, 19 November)

The show, which will be live streamed across World Rugby digital channels, will give fans exclusive behind-the-scenes access from the draw and feature player interviews from participating nations, before and after the main event.

Rugby World Cup 2021 is set to break new ground as the ninth edition of the tournament is hosted in the southern hemisphere for the first time, taking place from 18 September-16 October, 2021 across three match venues.

Also for the first time in the tournament’s history, the World Rugby Women’s Rankings will be used to determine the draw seedings and bands for the seven direct qualifiers in bands one to three, with the five teams to emerge from the qualification process to be placed into band three and four.

“With one week to go, anticipation is building. The draw is the moment that Rugby World Cup truly comes alive for players, unions and of course the fans. We are looking forward to what promises to be a spectacular New Zealand 2021 that will provide the perfect platform for the world’s best players to showcase their talent, while raising the bar for women in rugby on and off the field of play.”

“2021 is set to be a golden year for women’s rugby and next week’s draw will really bring it to life for players and fans alike. New Zealanders are set to celebrate this momentous occasion, to come out and support the world’s best players here on our shores, to play for the biggest prize in rugby,” said Hooper.

“As a nation, we are set to share our aroha for the great game of rugby with the world and to showcase this to rugby’s global fans. We have seen a surge of interest in the women’s game in New Zealand in recent years and we will use this opportunity to super-charge the women’s game globally through RWC 2021.”

EDMONTON (September 26, 2021) South Africa won the HSBC World Rugby Sevens Series 2021 in style, beating Great Britain 24-12 in the final in Edmonton to back up their Victory in Vancouver last weekend and claim their fourth Series title.

The Blitzboks were the leading try scorers, leading points scorers and winners of every game across both weekends to finish the HSBC World Rugby Sevens Series 2021 as deserved champions. They reached the final thanks to a 33-7 defeat of Kenya in the semi-final, following a comprehensive 46-0 quarter-final win over Hong Kong.

Great Britain finish second in the Series standings, ahead of last weekend’s beaten finalists Kenya, who reached the podium again in Edmonton by overcoming spirited hosts Canada 33-14 to finish with bronze.

Germany were the surprise package of the tournament, running out 24-19 winners over the USA to claim fifth place in Edmonton, following earlier victories over Great Britain, Jamaica and Hong Kong.

Great Britain’s women showed their consistency and class to repeat their triumph in Vancouver by overpowering the USA 22-5 to secure the women’s fast four title for the second successive weekend. Canada thrashed Mexico 63-5 to take third place and entertain the home crowd.

South Africa captain Siviwe Soyizwapi said: “I can’t explain the feeling. I think the most amazing thing is the feeling of reward of all the hard work that each and every guy in this team puts in. The Olympics were a really massive disappointment so we just wanted to show that is not who we are, and we just stuck to our guns and went back to what works for us.

“The future is really exciting, the young guys have got a taste of the World Series and gained experience of what it is like playing on the highest stage and that will be really good for us coming in to the new season.”

South Africa’s Muller du Plessis who was awarded HSBC Player of the Final and scored 11 tries over the weekend in Edmonton, said: “It has been an awesome two weeks, we came here with a mission to stick together and focus on our system and build on that so I am very proud of the team.”

South Africa coach Neil Powell said: “It’s always difficult backing up a victory the next week but we kept our feet on the ground and credit to the boys, they have been fantastic over the last two weeks. They have implemented what we discussed on the field and it has really shown in the results over the past two weekends.

“It’s been great just to be back playing again on the circuit. Hopefully we can get some normality back and play a full season next season and build up to the World Cup in Cape Town. It’s always a great vibe when the crowds fill the stadiums and I think Canada already showed a glimpse of what it can be again.”

Great Britain’s Jasmine Joyce, who was named women’s HSBC Player of the Final for the second weekend in a row said: “It feels absolutely brilliant to win again and a credit to all the new girls that have come in, they have been excellent on and off the field and have really performed and stepped up on the pitch. We’ve learnt so much on and off the pitch here and I’ve enjoyed every moment of it.

“It was unfortunate we couldn’t have fans at the Olympics in Tokyo, but it’s been brilliant having a crowd back here, they’ve cheered for every good piece of rugby.”

Following rugby sevens’ captivating second appearance at the Olympic Games in Tokyo, the sport returned to HSBC World Rugby Sevens Series action with this month’s pair of HSBC Canada Sevens events in Vancouver and Edmonton forming the shortened 2021 Series, alongside women’s fast four tournaments. Given the unique circumstances due to the global pandemic, there is no relegation from the 2021 Series.

With more than 35 Olympians on show, the crowds were treated to a pair of action packed weekends full of thrilling rugby sevens as Edmonton played host to a Series event for the first time.

There are now just two months to go until the 2022 Series kicks off with successive events in Dubai on 26-27 November and 3-4 December 2021. The full 2022 Series schedule will be announced shortly.

Absent men’s Olympic champions Fiji and other Series powerhouses including New Zealand and Australia will have taken note of South Africa’s performance ahead of the start of the 2022 Series and no doubt been impressed by the way Neil Powell’s new-look squad came together so quickly.

Rugby sevens players and fans can look forward to a very busy and exciting year ahead with the 2022 Series followed by the Commonwealth Games in Birmingham, England, on 29-31 July 2022 and Rugby World Cup Sevens in Cape Town, South Africa, on 9-11 September 2022.

EDMONTON — The Canadian men lost 33-14 to Kenya in the bronze-medal match Sunday on Day 2 of the HSBC Canada Sevens at Commonwealth Stadium, while the Canadian women won bronze in their four-team competition.

On the women’s side, the Canadians easily defeated Mexico 63-5 on tries from nine different players in the bronze-medal match.

Canada lost 22-12 to the Americans in the Cup semifinal after going down 12-0 at halftime.

Britain went on to defeat the U.S. 22-5 to claim the Fast Four title.

The Canadian men were playing for bronze after losing 22-12 to Britain in the Cup semifinal earlier.

Germany, an invited team, defeated the United States 24-17 in the fifth-place playoff. The U.S. went unbeaten Saturday to win Pool B ahead of Kenya in second place.

Canada finished second in Pool A on Saturday with a 2-1 record. The men defeated Hong Kong and Mexico before being routed by South Africa.

The tournament in Edmonton was part of the second half of a truncated 2021 campaign due to the pandemic. The 2022 season will kick off in late November in Dubai.

Only seven of the men’s core teams took part in the Canadian events with New Zealand, Fiji, Australia, Argentina, Japan, France and Samoa among those missing due to pandemic-related travel restrictions.

This report by The Canadian Press was first published Sept. 26, 2021.

Snyman may not be rushed back to Boks

IRFU has to share blame for women’s tearful exit